16 concerts to see this week including NNAMDÏ, Beth Orton, Trombone Shorty, The Warhawks and more - WXPN 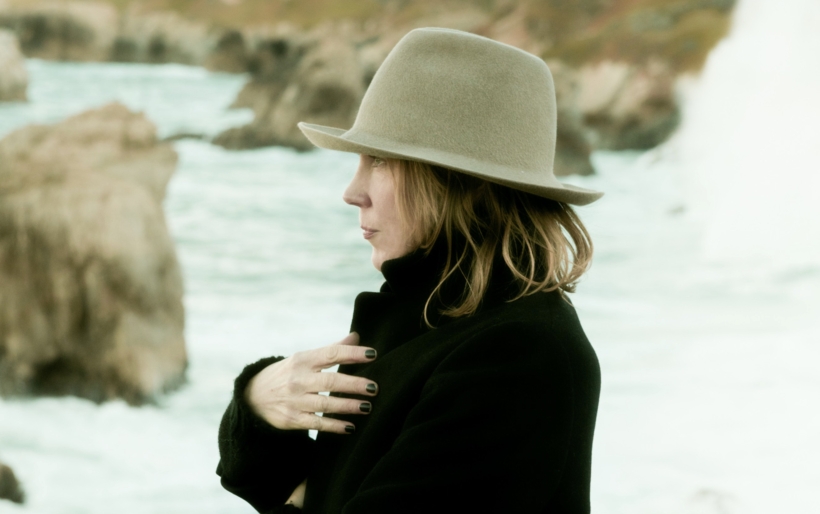 16 concerts to see this week including NNAMDÏ, Beth Orton, Trombone Shorty, The Warhawks and more

The world might stop for the series, but concerts continue happening — even in Philly. Maybe you’ll find yourself at a venue that televises the big game at the bar (or, as some have been known to do, projected behind the band). Maybe you’ll be refreshing your phone between songs for updates on the score. Maybe you, simply, don’t care about baseball. Whatever the case might be, here are 16 concerts to see in the next seven days, all around Philly; for tickets and complete listings, head to the WXPN Concerts and Events page.

This Halloweekend, rock saxophonist Karl Denson will be holding court at the Ardmore Music Hall alongside Tiny Universe, his supergroup of touring musicians. On Sunday, they’ll be joined by Robert Randolph of The Family Band and his fervent pedal-steel, known for his uplifting blend of rock, funk, and gospel. It’ll be some kind of worship at a time of year that’s all about getting as unholy as possible. // 7 p.m., $29, AA

Born out of Chicago’s DIY scene, Nnamdi Ogobonnaya is a musical polymath: he composes, produces, raps, sings, and drums on the genre-smashing recordings as he makes NNAMDÏ. Earlier this year, he hit up Johnny Brenda’s for an “otherworldly and engaging” show, and he’s circling back around to PhilaMOCA after dropping his new album Please Have A Seat. Just cause he knows musical theory, doesn’t mean he has any interest in boxing himself in. // 8 p.m., $20, AA

Radiator Hospital are a Philly scene fave, and even though they haven’t put out a new record in a while — or maybe especially because of it — it’s a great feeling to see them playing at venues across the city. With the ongoing pop-punk revival that’s taken off since their last EP in 2020, there couldn’t be a better time for Sam Cook-Parrot & co. to bust out their tried-and-true tunes at the Ukie Club. // 7:30 p.m., $16, AA

It’s a quadruple feature at Khyber Pass this Wednesday: Greg Mendez, plus Window Weather, Strawberry, and THE RICOS. Mendez, the Phiily singer-songwriter known for lo-fi bedroom folk and being a frequent collaborator of other local musicians, is the night’s headliner. His shows are close-knit but exermiental affairs, so cross your fingers and, if we’re lucky, he might debut some new songs. // 8 p.m., $10, 21+

Experimental folk matriarch Beth Orton already paid a visit to our very own World Cafe Live stage earlier this year with her Free at Noon set, and she’ll be making a return, following the release of her new album, Weather Alive. If that concert was any indication, expect poem-songs delivered in Orton’s unmistakable voice, this time couched in an enigmatic sound that’s summoned by her jazz-trained band. // 8 p.m., $25, AA

Scranton-born modern rock band Tigers Jaw is promoting their fun new EP Old Clothes at Phantom Power this Thursday as part of their month-long (mostly) East coast tour. Next year, the band cements their emo music status by playing alongside Blink-182, Green Day, 30 Seconds to Mars, and countless familiars at the When We Were Young Fest in Las Vegas. Get in this show at the modest but notable Lancaster venue while you can. // 8 p.m., $25, 18+

Lissie blew the crowd away performing songs from her latest album Carving Canyons at our Free At Noon concert this Friday. If you missed it, she’s returning to the same stage just days later with her full band, and at a more reasonable hour for country-pop-rock music. // 8 p.m., $25, AA

“It’s Been A Long Time” since legendary 90s hip-hop MC Rakim’s acclaimed The 18th Letter was released, 25 years to be exact. His XL Live show will feature the hits and some deep cuts from The 18th Letter era and the artist’s career which, while celebrated among hip-hop heads, has been tragically overlooked in the mainstream. // 8 p.m., $32, 21+

Rakim - Guess Who's Back

Friday 11/4: Oceanator at The Dolphin

Singer-songwriter Elise Okusami is making waves in the indie music world as a touring member of Bachelor (members of Palehound and Jay Som), Vagabon, and Petal as well as the leader of her own Brooklyn-based project Oceanator. Co-produced by Bartees Strange, 2022’s Nothing’s Ever Fine is a dazzling electric-guitar driven third LP with the energy of a debut. // 7 p.m., $15, 21+

New Orleans jazz fans in the Lehigh Valley, Trombone Shorty is in your neighborhood this Friday performing a full band set at the Mayo Performing Arts Center. The trombone legend and Lenny Kravitz collaborator put out a new album, Lifted, earlier this year with the goal of capturing the energy of the band’s live performances. Make the comparison for yourself at the show. // 8 p.m., $39, AA

Friday 11/4: The Hooters at The Keswick Theatre

Philly rock royalty The Hooters are gearing up to celebrate the 40th anniversary of their debut album Amore next year, and they’re playing The Keswick this Friday to celebrate. The band put Philly’s stylish 80s rock scene on the map with hits like “And We Danced” and remain active in various projects — from drummer David Uosikkinen’s long-running Philly tribute project In The Pocket to frontperson Eric Bazilian’s work as a producer, solo artist, and songwriter. // 7 p.m., $59.50 and up, AA

The Hooters - And We Danced

Friday 11/4: The Warhawks at Warehouse on Watts

Don’t tell anyone we told you, but Gloucester City rockers The Warhawks are releasing a new single this Friday, and it fantastically channels the bright melodies and tough spirit of Britpop, particularly early Oasis. They’ll celebrate its release Friday night at Warehouse on Watts with Lito and the Shepherds and Cabana Wear. //7 p.m., $15, 21+

The Warhawks - Not A Problem

Veteran singer-songwriter Sophie B. Hawkins has a powerful voice, captivating charisma, and big hits in “Damn I Wish I Was Your Lover” and “As I Lay Me Down.” She’ll bring all of those to City Winery this week for the 30th anniversary of her debut Tongues and Tails. Jesse Reuben opens. //8 p.m., $20 and up, 21+

Sophie B. Hawkins - Damn I Wish I Was Your Lover

Any day we get a chance to see magnetic performer Sug Daniels is a good day indeed. This weekend she plays a show in her home state of Delaware, opening for fellow Black Opry alum Chris Pierce. Daniels’ latest single “Be Cool” is out now. //8 p.m., $22.66, AA

Indie rock singer songwriter Tubey Frank is back in his Central Pennsylvania home turf Saturday, playing a late set at Lancaster’s Tellus 360. TF shows of late have been in raw rock trio configuration, and for a taste of the high energy next single they’ll release, check out their Key Studio Session from the spring. //10:30 p.m., $5, 21+

Tubey Frank - My My Mind

Speaking of great local artists performing on their home turf — which is what the latter part of this week’s concert picks has wound up being — don’t miss New Jersey folk outfit Jackson Pines in their first headlining show at Asbury Park’s legendary Stone Pony on Saturday. The band’s thoughtful and melodic roots rock is taking an interesting detour this year as frontperson Joe Makoviecki embarks on a folkloric pursuit of the regional music heritage of the Pine Barrens. // 7 p.m., $17, AA