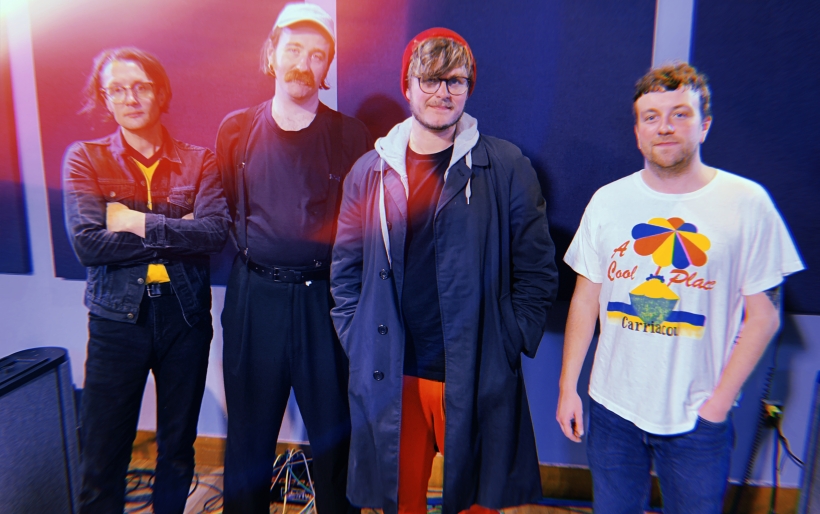 The Leeds quartet performs songs from their Mercury Prize-nominated debut, The Overload

Joining us in the studio for this Indie Rock Hit Parade session is a group whose debut album is a strong contender for the year’s finest. Hailing from Leeds, Yard Act released The Overload in the opening weeks of 2022. Arriving a year (and two days) after their acclaimed Dark Days EP, the album is a showcase for the band’s potent brand of narrative post-punk. Guided by vocalist James Smith’s smirking, incisive monologues and Sam Shjipstone’s careening guitar figures, the band is rounded out by the locked-in rhythm section of bassist Ryan Needham and drummer Jay Russell.

Earlier this year, Yard Act performed a home-recorded set on World Cafe, and made a well-received American debut at SXSW. After a sold-out mid-October tour of the East Coast, Yard Act stopped by our studios before jetting back to the UK to rehearse for the Mercury Prize ceremony. The Overload was one of the dozen nominees for this year’s award.

Watch Yard Act’s Indie Rock Hit Parade performance below via NPR Live Sessions. Stream the session audio and check out some of John Vettese’s photos from the studio. As a bonus, have a look at the band’s performance of “100% Endurance” from the 2022 Mercury Prize ceremony.