Everything In Its Place: Kevin Morby at Ardmore Music Hall - WXPN 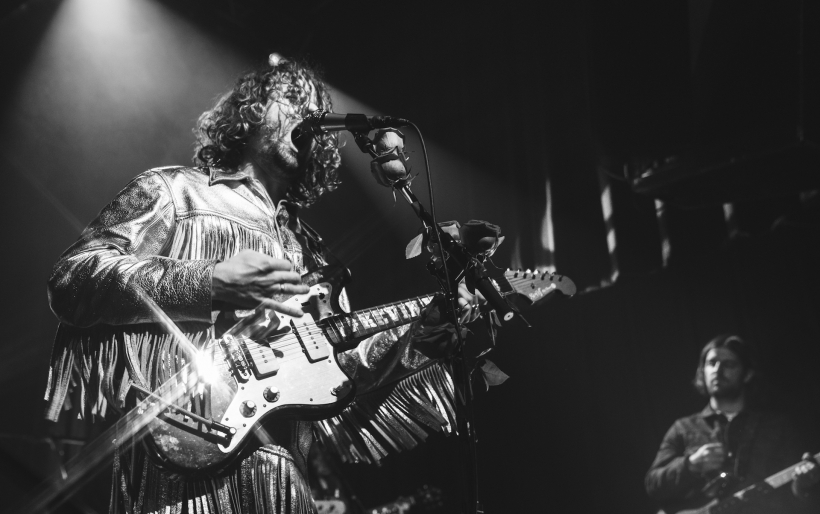 Everything In Its Place: Kevin Morby at Ardmore Music Hall

The celebrated singer-songwriter and his dynamic band showcased their winning 2022 album ‘This Is A Photograph’ with an impressive tour of his back-catalog for Philly fans.

Okay, sure, we can nit-pick — you’re on the other side of county lines, dude, it’s Lower Merion. But yes, “in the Philadelphia market” would have been clunky and inside-baseball, and truly this probably was the best Morby set we’ve been treated to. But that’s just a testament to how much he’s grown on his latest album, This Is A Photograph.

Released in May on Dead Oceans, it was a slow burn that revealed itself across the year; the more time we spent listening, the more it became obvious Morby had advanced from cosmic vibecaster to skilled storyteller, wrapping up memory and mortality in masterful melodies, paying homage to loved ones (“Stop Before I Cry,” his breathtaking homage to partner Katie Crutchfield of Waxahatchee) and icons (several songs referencing Jeff Buckley) through poetic wordplay. It cuts a deep emotional connection — the breathtaking despair of “Bittersweet,  TN” and the palpable desire of “Five Easy Pieces” — and when it’s time to rock and roll, it goes hard — like the title track, as well as the ripper “Rock Bottom.”

All of those elements coalesced and soared at Ardmore thanks in no small part to Morby’s remarkable band: keyboardist Dave Sherman, guitarist Cyrus Gengras, singer Elizabeth Moen, bassist Liam Kazar, drummer Stephen Patterson, and the multi-instrumental Cochemea Gastelum on horn, flute, and synth. The latter is truly this band’s MVP, dancing between dazzling sounds of all varieties, and with all the elements in place, Morby was freed up to own his role as frontperson. 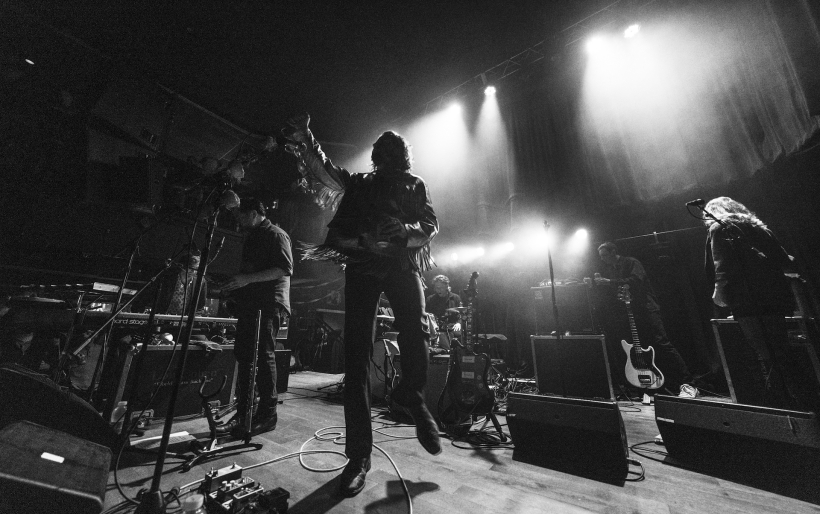 He spent plenty of the set strapped into his guitar, of course — strumming it in his shimmering gold, fringe-sleeved cosmic cowboy get-up, ascending along the rustic rocker trail blazed by Neil Young. But having so much of the music locked down by his bandmates freed him up to step into a charismatic crooner roll, tossing the microphone aloft and catching it on “Five Easy Pieces” (Moen had a good laugh at this), throwing roses to the crowd on “Stop Before I Cry,” moving about like Jim James when he first went solo a decade ago.

After a straight half hour of new music, “Campfire” from his 2020 album Sundowner was the first trip into Morby’s back-catalog — and the first moment where the show lagged. Which was somewhat bound to happen when placing a body of work as strong as This Is A Photograph up against the music that led up to it. Many of the songs, like the handclap-led “No Halo,” start out as one thing and then become two over things over the course of their runtime. But as the band locked into a groove anew, things started connecting, from the commingling of Keswick Theater-esque melodies and vaped weed atmospheres during “Piss River,” to the slippery groove and explosive energy of “City Music” — switched up to “Philly Music” for this crowd — which had the room jumping up and down.

Flipping back to Photograph for the encore — after leading a happy birthday singalong to a fan Morby met before the show at Ripplewood next door — Morby tied a bow on the night with the album-closer “Harlem River,” which started off pensive and reflective but swelled with layers upon layers of sound, hitting a peak before gently returning to the album’s opening lines for a denouement that left the crowd breathless. A perfect show to celebrate a perfect album.