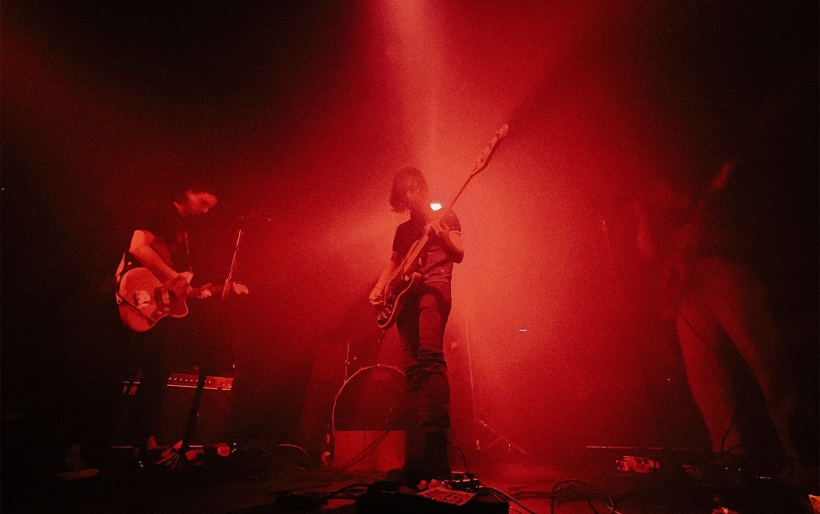 Doused | photo courtesy of the artist

Fans of 90s shoegaze like My Bloody Valentine and Slowdive have a scene in local Philadelphia music now thanks to bands like Doused, who have two new singles out on Bandcamp this week. The first, “cherrycolacrush,” is a noisy swamp of guitar and percussion tinged with pitch-bending effects. And the second, “trees & flowers,” is a surprising cover of Scottish new wave four-piece Strawberry Switchblade.

The new singles follow last year’s full-length Murmur, which for these self-described “wannabe shoegazers,” exhibited numerous touchstones of the genre, including atmospheric soundscapes and dystopian voiceovers. For newcomers, “cherrycolacrush” serves as a proper introduction to Doused, who stand apart from contemporaries Bleary Eyed and They Are Gutting A Body of Water on the strength of their dizzying pop songwriting focused on uneasy relationships. Whether you’re a longtime shoegaze fan or not, the current revival of a 90s trend is producing inspired acts, and offers a welcome reprieve from the music industry’s current fetishization of mid-century style.