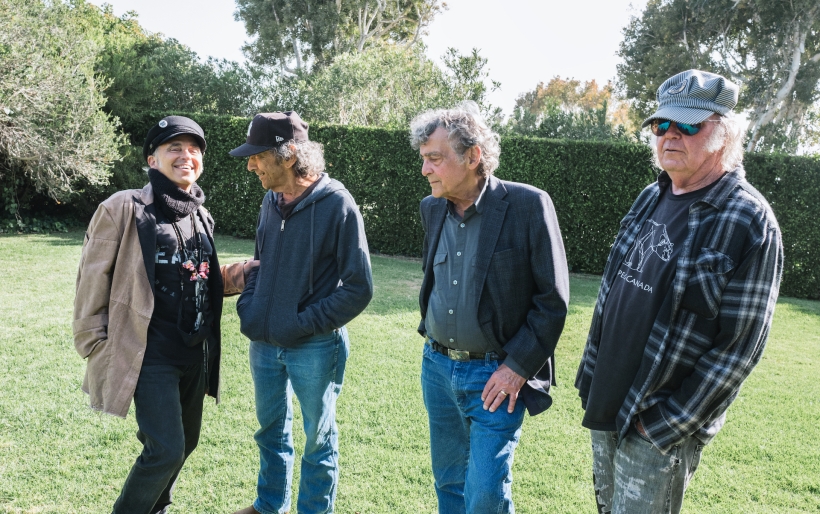 The singer-songwriter icon hopped on a Zoom call with WXPN’s Jim McGuinn to talk about new music, radio and more.

“You know what’s great about radio?  It’s human!  There’s someone in the booth, who could actually be playing a record!”

This week, Neil Young is releasing World Record, his 42nd studio album, with his longtime backing band Crazy Horse. Produced by Rick Rubin and Neil Young, the album was recorded live to capture the Horse’s long-running spirit, and mixed to analog tape at Shangri-La Studios in Malibu, California.

Turns out Neil Young has more in common with WXPN than maybe we even realized.  Neil recently reached out to WXPN’s Jim McGuinn (who was walking home from work and Zoomed with the 77-year old legend from the lobby of 30th Street Station) to thank XPN for playing his new single “Love Earth,” and share some thoughts on the new album – and radio.  Turns out what Neil had to say is a lot like what we think here at XPN about our favorite medium.

“What radio plays back in the real sound.  It’s a universe.  That’s why you feel it.  Your body is much more sensitive than a bunch of numbers. Radio really rocks.”

He also shared with us how the songs like “Love Earth” came to be.  “I was whistling it in the forest, that melody.  And I recorded it on a flip phone.  And I put it on my computer, and months later I wrote the song, just after hearing me whistle the melody, walking along through the forest.  So that’s how I got that song, and 7 or 8 others that are on this record.  I was just walking.”

Neil has never been shy about what’s on his mind – from politics to the environment to analog audio to music.  Listen to hear more from Neil, about working with Rick Rubin, about his views on farming and touring, his prolific career, and more about the songs and the new album World Record.

“Lots of love everybody, and I’ll see you down the road.”