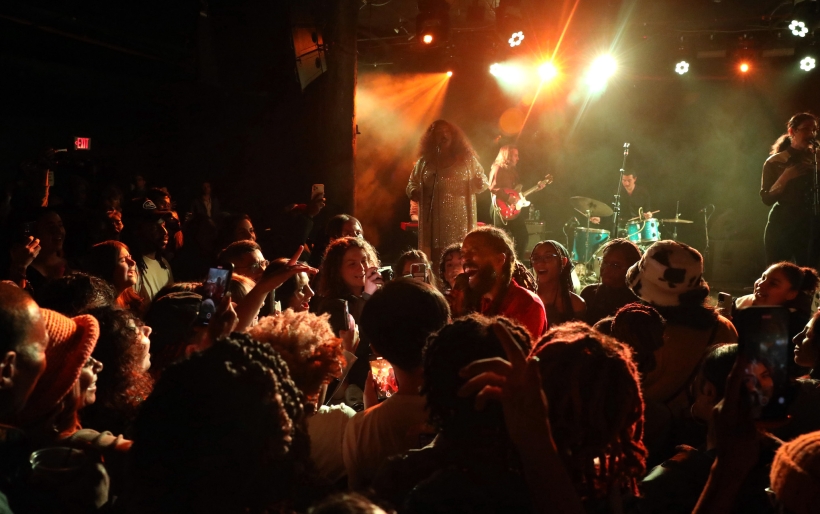 We should always keep close with friends who put us onto good music. A good friend’s taste can lead you discover artists such as SiR, Griselda, or even Khruangbin. This year I found out about a soul music trio called Thee Sacred Souls after one of my best friends Darrien texted me a song of theirs called “Can I Call You Rose.” It sounded like a song that your grandfather might have used to describe how he felt about your grandmother. After a couple times of running the song back, I added it to my music library then shockingly heard the next single “Easier Said Than Done,” last month on WXPN. I then proceeded to check out the rest of their debut album, Thee Sacred Souls, and became a fan. Chill love songs over soulful productions is an easy way to win me over, so when I found out they were coming to the Underground Arts as I was excited to see if they could win me over with a live performance. The answer to that question was yes. 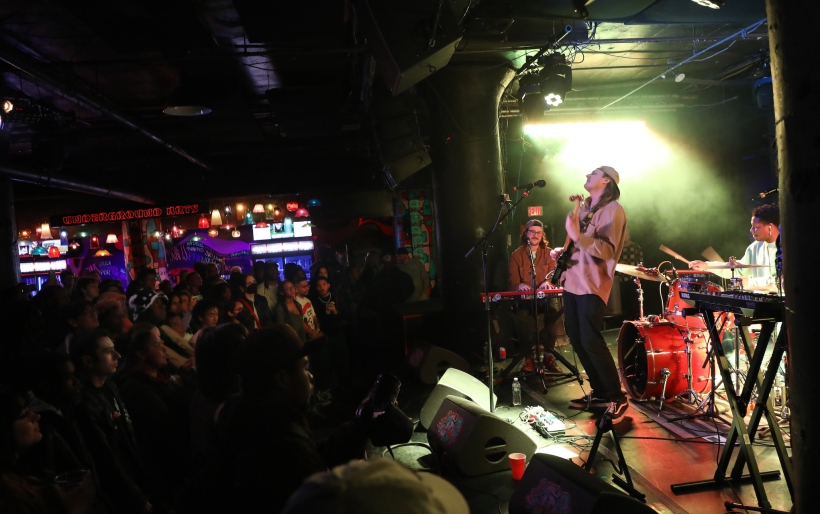 A week ago before the show, I saw on Facebook that singer/guitarist AJAY was going to open up for Thee Sacred Souls. Like many musicians who come from different cites and base their careers in Philly, AJAY has been putting in work to make his music be heard. Whether jamming at an open mic, playing with the music collective Omar’s Hat, performing with Jersey’s own Orion Sun, the Harrisburg musician has shown that he could be part of the new generation of blue-eyed soul.

AJAY got the crowd grooving for the first two songs then slowed it back down with his new single “I Never Slept in the Summer Shade.” He then covered Brazilian artist Arthur Verocai’s “Dedicada à Ela,” and started jamming with his band — keyboardists Jon Williams  and Tuck Ryan, drummer Kyon Williams and bass player Zach Guise — like they were in a basement during rehearsal. He event brought out singer Eoin Murphy, aka Brushstroke, to perform an unreleased track called “Clouds.” Throughout the majority of his set, AJAY kept it very slow and chill, but he made sure to have moments where he could go purple rain crazy on the guitar, especially when he performed “Count On Me.” AJAY then ended his performance with the song that made me like his music, “When The Sun Go Down,” a great way to prepare the crowd to experience Thee Sacred Souls. 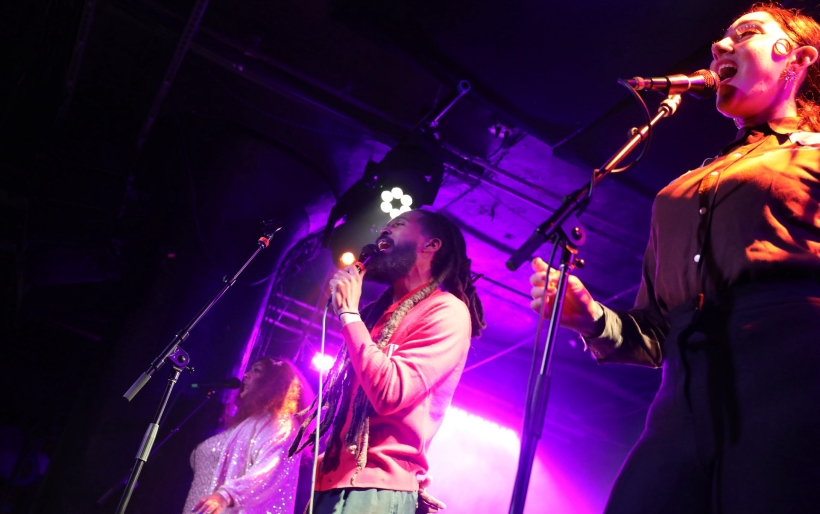 Once the lights started to go down a little, the crowd knew it was finally time to see what Thee Sacred Souls were about. Drummer Alex Garcia, bassist Sal Samano, keyboardist Riley Dunn, and guitarist Shay Stulz got to their stations ready to rock out while lead singer Josh Lane and background singers Jensine Benitez and Tatiana took the front stage and started the show with “Overflowing” and then their new single “Love Is The Way,” letting the crowd know that these pure and powerful voices came straight out of heaven.

The whole crowd was entertained the entire night with love songs that felt like they were assembled at Motown Records by Barry Gordy and Smokey Robinson. Romantic tunes like “Easier Said Than Done” and “Lady Love” had the crowd on cruise control, especially if they were enjoying the music with someone special. The crowd assisted the band by singing the chorus to “Will I See You Again,” which showed that Thee Sacred Souls definitely have die-hard fans in the city of Brotherly Love. Whether it’s the gritty soulful sounds from the musicians or Josh’s falsetto, it’s easy to find yourself enjoying a tune or two from the band from San Diego.

After going over half of their set, Josh decided to give the main microphone to Jensine who showed off her own vocal abilities by covering The Fuzz’s “I Love You for All Seasons” and an original called “Sparkle In Your Eyes.” At the end of the show, Josh made his way into the crowd and started singing “It’s Our Love.” After a beautiful way to end the night the crowd chanted for an encore to bring Thee Sacred Souls out to end by performing and serenading the two fan favorites “Weak For Your Love” and “Can I Call You Rose” to end the night.

The soothing loving songs from both AJAY and Thee Sacred Souls that filled Underground Arts on Wednesday made you want to hold on close to a special someone or dance with them, and believe me, both actions took I place. Can’t wait to see what both of these acts have for us in the future.