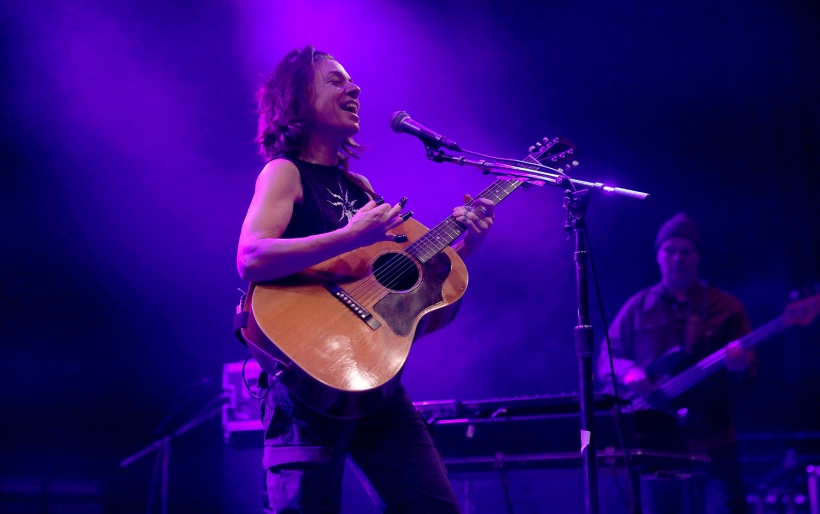 After opening her concert on Thursday night with a powerful run of classics from her 90s era — “Shy” into “Untouchable Face” into “Two Little Girls” — singer-songwriter Ani DiFranco joked that she was really just trying to butter the audience up, draw them in with the familiar. The new stuff was coming.

Thing is, with DiFranco in 2022, that’s not something to be disappointed about. The idea of that whole “this is a new one” rock cliche where the audience takes a beer break en masse doesn’t entirely play out. DiFranco’s latest work is compelling as ever — “let’s never go back, let’s put more and more distance between ourselves and this little ditty, which is definitely Trump-era” she implored before introducing the urgent “Do or Die” from Revolutionary Love — and for the most part, the packed house at Union Transfer was along for the ride.

That location was also an item of note. DiFranco wondered if this show was maybe only her second time ever playing Philly proper — “The Keswick doesn’t count,” she cracked about the Montgomery County venue she’s often relegated to, “but maybe it should?” — and she spoke excitedly of the energy of being downtown, in the center of things, with tall buildings all around. You could feel it in the room, for sure. 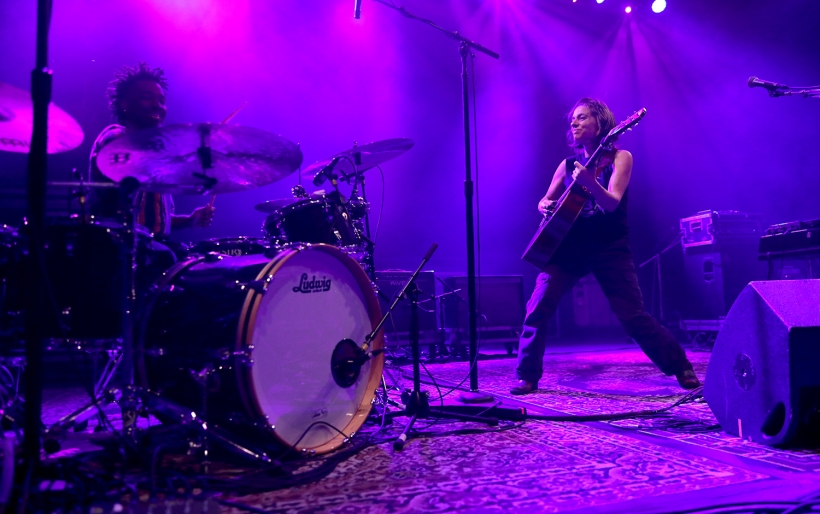 Longtime collaborator Todd Sickafoose backed DiFranco on bass and keys, with new drummer Jharis Yokley. Though the group is essentially the same instrumental configuration as the lineup on DiFranco’s classic live album Living In Clip — which is celebrating its 25th anniversary this year with a glorious triple-LP reissue — the dynamic range of these players is far more nuanced. They can totally go hard, as we heard on “Shameless,” but where the Clip band was either throwing punches or not playing at all, Sickafoose and Yokley meshed with DiFranco the entire show to bring a subtlety and breathtaking serenity that could also be gripping, heard on “As Is” and “Three Little Girls.”

Being a more seasoned band leader doesn’t mean Di Franco’s politics go by the wayside; a new song called “Baby Roe” addresses abortion and freedom of choice through recently-uncovered story of the child born and adopted in the course of the extensive Roe v. Wade decision process in the early 70s. Even more powerful was “‘Tis of Thee,” the opener from 1998’s Up Up Up Up Up Up, which poignantly paints a vignette of a troubled country in the late 90s that sounds uncomfortably familiar in 2022. 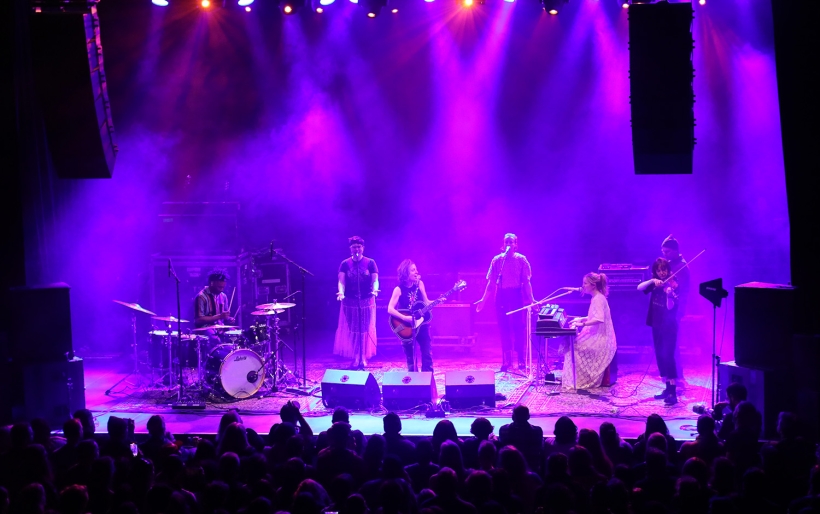 Moments of personal introspection were complimented with dazzling playing, whether it was the abstract and jazzy discursions of “Genie” from Revolutionary Love — a set highlight — or the collaborations with her opening players on the set’s closing stretch.

The night started with The Righteous Babes Revue, three acts releasing new music through DiFranco’s long running independent imprint, and while we heard Jocelyn Mackenzie, Holly Miranda, and Gracie & Rachel performing their own music at the beginning of the show, they each sat in on DiFranco’s songs towards the end. Rachel Ruggles played violin to “Alrighty,” Gracie Coates provided vocal harmonies on “Play God,” Mackenzie helped sing the ponderous “Simultaneously,” and the whole ensemble joined in on a breathtaking “Revolutionary Love” — followed by a foot-stomping cover of Woody Guthrie’s “All You Fascists Bound To Lose” on the encore.

It felt like a community onstage, it felt like a community in the crowd — old friends embracing, activists tabling in the lobby, everyone singing along to “Both Hands” — and it showcased the remarkable range of the woman of the hour. Check out a gallery of photos from the show below; DiFranco’s tour continues tonight at Charlotte, North Carolina’s The Underground.