8 concerts to see this week, including Chestnut Grove, The Last Waltz Philly, The Menzingers and more - WXPN 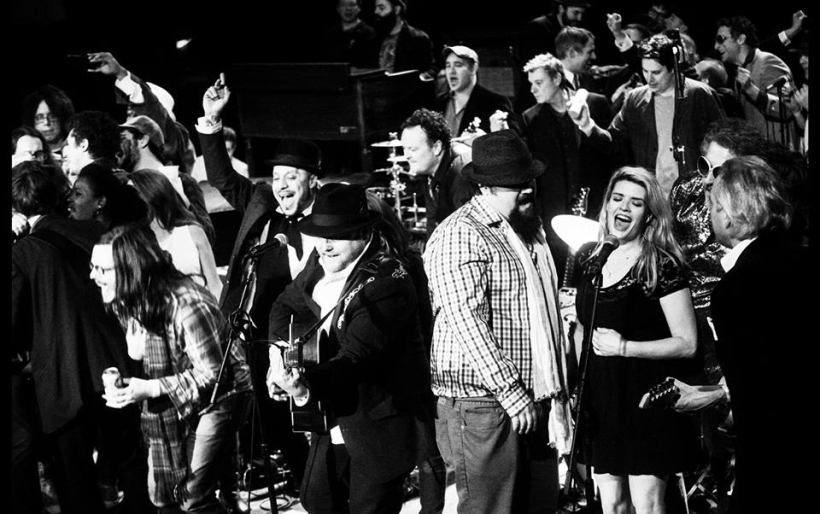 8 concerts to see this week, including Chestnut Grove, The Last Waltz Philly, The Menzingers and more

It’s a chill holiday week to take a breather before you take in a show.

We sure sprinted across autumn from one concert to the next, and as we straddle two holidays in one week, it feels like the pace is decidedly calmer – but no less filed with live music choices. Here are 8 concerts to see in the next seven days; tickets and more information can be found at WXPN’s concerts and events page.

Sunday 11/20: The Rare Occasions at The Foundry

Spunky LA trio The Rare Occasions has been building a fervent fan base over the past several years with savvy YouTube content and slick modern rock bops indebted to The Strokes, Vampire Weekend, and fun. With a new EP out called Attaboy, the band kicks off the week tonight with a show at The Foundry. // 8 p.m., $18, AA

The Rare Occasions - Not Afraid

Tuesday 11/22: We Live On: A Benefit for Derek Dorsey at Ardmore Music Hall

Longtime Philly concert promoter and Philly music advocate Derek Dorsey has been on a rough road of late; earlier this year, he was diagnosed with an extremely rare neurological disease, and to help cover his mounting medical expenses, many artists he’s helped uplift over the years are returning the favor. Following up on Ardmore Music Hall’s successful benefit show this summer with Roots affiliates Dice Raw and Truck North, a benefit this Tuesday night has folks from the singer-songwriter sphere headlining the Lancaster Avenue venue to perform for their friend. Come to see Langhorne Slim, Ron Gallo, Chris Kasper, Hunter Root, and Dirty Dollhouse, and dig deep to help a scene supporter. // 7 p.m., $25, AA

Dynamic Perkiomenville rockers Chestnut Grove are playing one of their final shows of 2022 this Wednesday at Phoenixville venue The Sound Bank. It’s been a great year for these long-running locals; they followed up on the success of their LP debut The Album with an EP called Can’t Stand The Music, stretching their rootsy rock style into funky and psychedelic territories. With a killer XPoNential performance from this fall under their belts, you know this Thanksgiving Eve gig will be something special. // 7 p.m., $10, AA

When he’s not writing for XPN.org or hosting on-air shifts on the radio station, Abdur Rahman is an active participant in the local open mic circuit, and this week is his first time curating a bill at World Cafe Live. The lineup features some of his Philly faves: Funkitorium affiliate Re-Mus, the suave and soulful Balmur, and charismatic flautist and singer-songwriter Brielle Aprilfoolchild. The show is called The Current State, and Rahman sees it as a snapshot of artists to love from the Philly R&B scene circa 2022. // 8 p.m., $12, AA

Soulful and serene local jam rock outfit Apple Juice Jones made a record inspired by the Wissahickon Valley and the naturalistic mystique of its storied hermit’s cave, aka The Cave of Kelpius. The band released Angel Number 77 last week, and it celebrates with a release party this Friday at new Ambler space Mahoney Events Center. // 7 p.m., $30, AA

A long-in-the-making celebration of late Philly concert promoter Bryan Dilworth happens this Saturday at Franklin Music Hall, fka The Electric Factory, the Callowhill rock club Dilworth stewarded right up until he passed away in early 2020. His roots in the scene stretched back far, to the heady indie rock days of The Khyber in the 90s, and he worked with an array of spaces in Philly, including at various points Underground Arts and The Trocadero, where he and an array of Philly stars staged a 2013 performance paying tribute to The Band’s legendary album The Last Waltz to raise money for an array of music education charities in the city. Since Dilworth’s passing coincided with the pandemic and industry shutdown that left his friends in the scene unable to properly grieve, the return of The Last Waltz Philly this Saturday serves as a belated and proper celebration of life, as well as a sure-to-be-massive performance of a classic album. Singer-songwriter Andrew Lipke is musical director of a band featuring scene staples Freddy Berman and Matty Muir, with a horn section led by Matt Cappy, and guests ranging from Bob Beach to Ben Arnold, Joey Sweeney to Slo-Mo Mike Brenner, with WXPN’s Dan Reed MC-ing the evening…and possibly more? The best news is that helping Philly is still a focus, and this show will serve as an autumn benefit for Connor Barwin’s Make The World Better foundation. // 8 p.m., $30, AA

The Last Waltz Philly - The Weight

Saturday 11/26: The Menzingers at Union Transfer

Night one is sold out and precious few tickets remain for night two of Philly-via-Scranton punk four-piece The Menzingers’ ten-year celebration of On The Impossible Past. The album is in many ways the band’s breakout; first for Epitaph Records, home to some of their most beloved songs like “Gates” and “Mexican Guitars,” setlist staples still. It was the record that launched them beyond the Ava Houses of the scene and into headlining slots at rock clubs, and they took that trajectory and ran with it. Celebrate with them as they take stock of the milestone. // 8 p.m., $37, AA

The Menzingers - On The Impossible Past 10th Anniversary

Local math rock outfit Goings shares a drummer with breakout emo quintet Sweet Pill, and now that Chris Kearney is back from an extensive tour with the latter, it’s time for him to join his mates in the former to celebrate their own new project. Red / Blue / Colorblind is a moderately conceptual EP themed around the color spectrum, personal connections, and mental health. Their riveting rock will take center stage at the Ukie Club this Saturday for a release party with Humilitarian, Swim Camp and twentythreenineteen. // 7:30 p.m., $16.66, AA