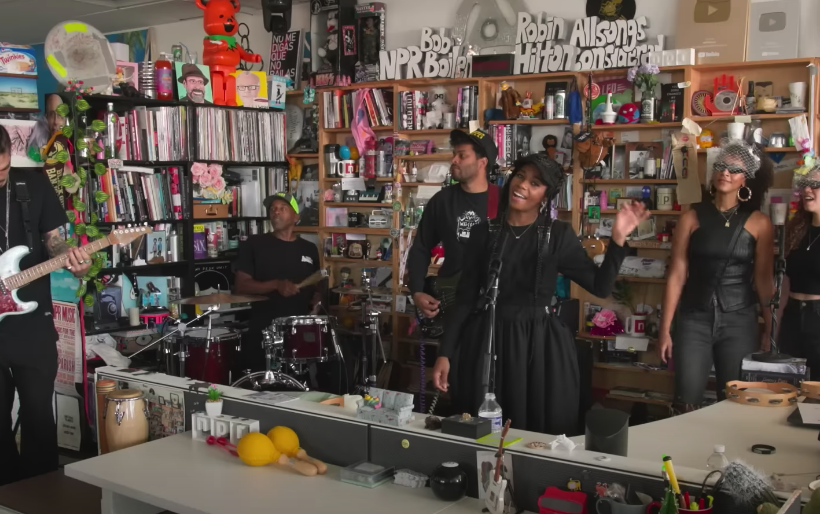 It’s a rare performance for the artist who canceled her 2022 tour.

Santigold may have canceled her North American tour set for fall 2022, but she kept her date with NPR’s Tiny Desk in DC. The art pop artist brought an all-star band, including legendary Philly drummer Chuck Treece, to the uncharacteristically stripped-down set. The six-piece performed songs from Santigold’s breakthrough 2008 self-titled record as well as two from 2022’s Spirituals and one from the singer’s old punk band Stiffed.

Although she admitted she’s not “an unplugged artist,” the near-acoustic setup still suited Santigold’s emotive performance. “Punk, my roots as a performer, is kinda raw,” she said, describing how the band translated her set to fit the limitations of the series. However, Santigold’s inventive attire gave the audience a glimmer of the production value we expected from her full-fledged tour.

Watch below for the full performance, and revisit Santigold’s interview with our Melissa Simpson. Spirituals is available to stream where you listen to music.