RIP Christine McVie, one of the iconic voices of Fleetwood Mac, gone at 79 - WXPN | Vinyl At Heart 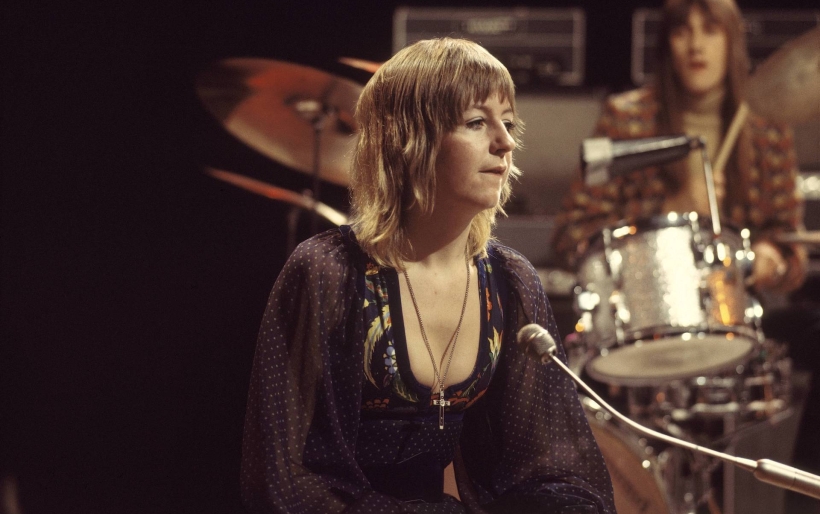 RIP Christine McVie, one of the iconic voices of Fleetwood Mac, gone at 79

The beloved singer-songwriter passed away today following a short illness.

An iconic voice at the intersection of rock and pop, Christine McVie has passed away. According to a statement from her family, the co-lead vocalist of 70s icons Fleetwood Mac died in the hospital today following a short illness. She was 79 years old.

The family asked fans to “keep Christine in their hearts and remember the life of an incredible human being, and revered musician who was loved universally.”

Born Christine Ann Perfect in 1943 in the Lake District of northern England, McVie began her music career while studying sculpture at Moseley School of Art in Birmingham; she played in progressive blues bands, singing in a group called Sounds Of Blue and playing piano in the band Chicken Shack, which was how she connected with the group that would go on to define her career. Chicken Shack toured with an early iteration of Fleetwood Mac, and after marrying Mac bassist John McVie in 1970, she left her earlier band and joined as a full-time member.

When the band relocated to America in 1974 and teamed up with singer-songwriter duo Lindsey Buckingham and Stevie Nicks, their fortunes began to change; their self-titled record featured two hits written by McVie, “Over My Head” and “Say You Love Me,” and on their follow-up, 1976’s Rumours, McVie penned one of the band’s most-loved songs, “Don’t Stop.”

The band’s career from this point was notably turbulent, fueled by massive success, inner turmoil, love and heartbreak, drugs, and the accelerating pace of fame. This fed the expansive — but nevertheless impactful — Tusk double album in 1979, which included standouts written by McVie including the opening “Over & Over” and the explosive “Think About Me.” On the later side of the band’s career, McVie’s hitmaking run continued with “Hold Me” on 1982’s Mirage  and “Everywhere” on 1987’s Tango In The Night.

In addition to her work with Fleetwood Mac, McVie released three solo LPs — 1970’s Christine Perfect, 1984’s Christine McVie, and 2004’s In The Meantime — and recorded a collaborative album with her former bandmate Lindsey Buckingham in 2017, the subject of a 2017 World Cafe interview with Talia Schlanger.

In a collective statement, McVie’s Fleetwood Mac bandmates wrote “There are no words to describe our sadness at the passing of Christine McVie. She was truly one-of-a-kind, special and talented beyond measure. She was the best musician anyone could have in their band and the best friend anyone could have in their life. We are lucky to have a life with her. Individually and together, we cherished Christine deeply and are thankful for the amazing memories we have. She will be so very missed.”

Listen to some of Christine McVie’s best moments with Fleetwood Mac below.