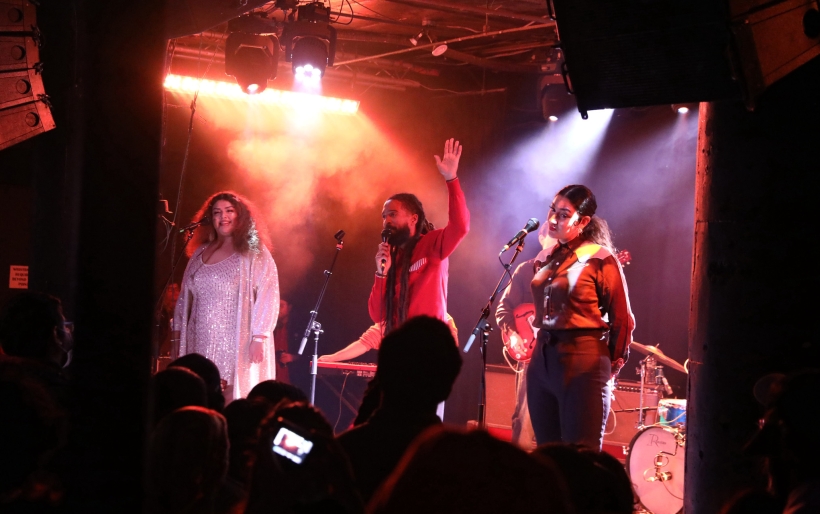 For Thee Sacred Souls, the first time is often the charm.

Rolling into the last month of 2022, WXPN announces Thee Sacred Soul as December’s Artist to Watch. The band’s first club dates led to a record deal with the revered Daptone label; their first singles racked up more than ten million streams in a year and garnered attention from Billboard, Rolling Stone; and their first fans included the likes of Gary Clark Jr., The Black Pumas, Princess Nokia, and Timbaland.

The band was recently in town, for a concert at Underground Arts. From the recap, “Once the lights started to go down a little, the crowd knew it was finally time to see what Thee Sacred Souls were about. Drummer Alex Garcia, bassist Sal Samano, keyboardist Riley Dunn, and guitarist Shay Stulz got to their stations ready to rock out while lead singer Josh Lane and background singers Jensine Benitez and Tatiana took the front stage and started the show with “Overflowing” and then their new single “Love Is The Way,” letting the crowd know that these pure and powerful voices came straight out of heaven.” Read more.