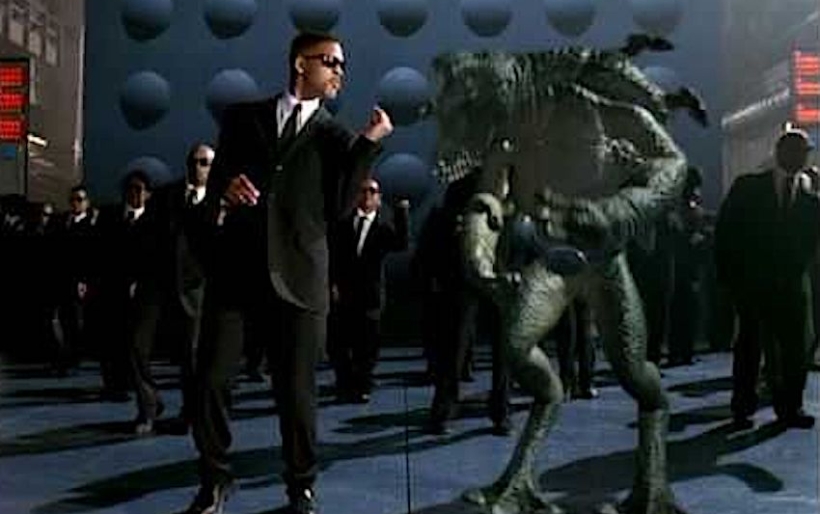 A roundup of incredible songs you could only hear if you bought the soundtrack to a hit movie that, maybe, was less than incredible.

When Will Smith’s deeply funky “Men In Black” dropped during the #XPN90sAtoZ on Sunday night, Twitter user Marty Schneider had a great take: “Blockbusters need to have custom rap songs explaining their plots again.”

Super funny, but quite astute as well: in general, soundtracks should be a more of a thing again. Sure, there have been some great ones in recent years (Black Panther springs immediately to mind). But the 90s were truly a golden age, a time when movie studios and record labels alike were flush with money and able to properly fund a wide range of soundtracks, which acted as promotional vehicles for films while giving the audience an opportunity to discover a wide range of artists, many of whom were providing exclusive recordings.

Sure, the movies themselves weren’t always great. For every Clueless that has aged remarkably well in 2022, there’s a The Crow which is a couple hours of goth-camp excess that’s mostly worth watching for nostalgia and the late Brandon Lee’s final performance. But songs like “Miss Misery” and “J.A.R.” transcend the silver screen and carve a special place in our collective memories.

Below, check out a rundown of 20 soundtrack staples we’ve heard so far on the XPN 90s A to Z.

“Across the Universe” by Fiona Apple – Pleasantville soundtrack, 1998

“All The Young Dudes” by World Party – Clueless soundtrack, 1995

“Are You That Somebody” by Aaliyah – Dr. Dolittle soundtrack, 1998

“Everybody Knows” by Concrete Blonde – Pump Up The Volume soundtrack, 1990

“Kick Out The Jams” by Bad Brains and Henry Rollins – Pump Up The Volume soundtrack, 1990