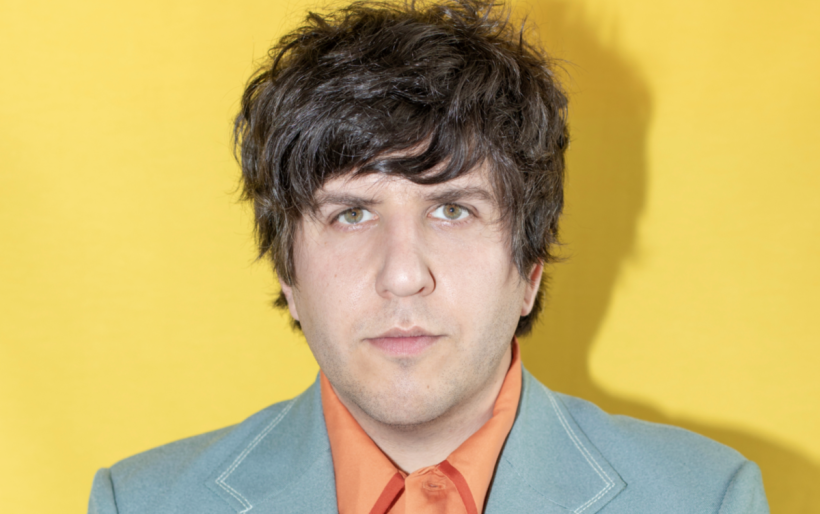 Eric Slick | photo by Jason Travis | courtesy of the artist

The trippy “Riding to Work in the Year 2025 (Your Invisible Now)” is out now.

Indie rock fans of a certain age might remember the trials and tribulations involved in having a Zaireeka party. You know — rounding up four CD players, spreading each of the album’s four discs across them, trying in vain to coordinate so everybody presses play at the same time, thus unfurling the perfectly synchronized quadraphonic stereo psychedelic experience, except for that one friend-of-a-friend who went too hard on the libations and other forms party fuel ahead of the main event and kept messing up the timing but we didn’t notice till several minutes into each song so we restarted twice but finally he threw in the towel and made everybody watch Jack Johnson surfing videos because “I did what you wanted, now you have to do what I want!” Who invited that guy, anyway? No, I don’t speak from personal experience here.

Anyways. It’s been 25 years since Oklahoma weirdos The Flaming Lips released their unprecedented, conceptual, and highly interactive album Zaireeka, and to mark the occasion, Philadelphia native Eric Slick — longtime drummer of Dr. Dog, psychedelic conceptual weirdos in their own right — recorded a cover of the album’s expansive track two: “Riding to Work in the Year 2025 (Your Invisible Now).” It’s a gorgeous sprawl that hums and hollers, dips and dives, and stretches across a nearly seven-minute runtime, with all of the song’s all vocals, instruments and vocal samples performed by Slick (with the exception of screams credited to “Sophie and William”.)

“It’s the 25th anniversary of one of my favorite albums of all time, Zaireeka,” writes Slick. “I’ve been wanting to cover this song for a long time, and luckily I got the blessing (and artwork) from Wayne Coyne and The Flaming Lips. Special thanks to Steven Drozd for assisting me in getting some of the sounds right.”

Take a listen below. Slick just wrapped up his first solo tour in North America and Europe; his latest album, Wiseacre, is available now.