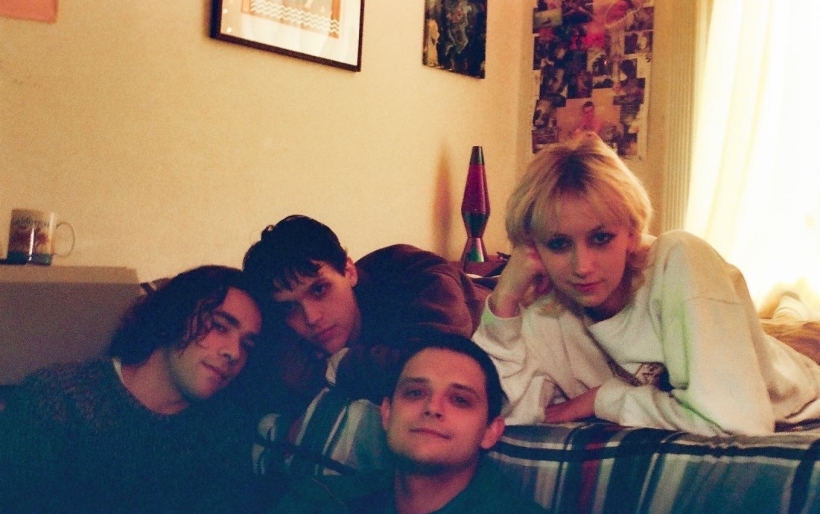 Feeble Little Horse’s dizzying journey beyond the world of DIY

The Pittsburgh band recently made the jump from Philly label Julia’s War to national imprint Saddle Creek and re-released their debut album, Hayday.

It hasn’t hit Feeble Little Horse yet that they’re sort of a big deal. Even after applause from The New York Times and their liaisons with some of the biggest labels in the game, the Pittsburgh-based quartet come across as soft-spoken and slightly sheepish. After all, this is the same band that told me last March they were “a little shy when it comes to interviews.” However, following the re-release of their album, Hayday in October via Saddle Creek, they’ve stumbled smack dab into the spotlight.

For a lot of bands, Feeble Little Horses’ career trajectory reads like a dream: going from playing beer-filled basement shows to being scouted by someone from arguably one of the most well-respected indie rock labels. For those other bands, a record deal would be a no-brainer, an automatic yes. They would simply ask where to sign. Feeble Little Horse, on the other hand, was skeptical from the start. With guitarist Ryan Walchonski moving to DC after graduation and the other members still in school or working, the band’s future was completely up in the air.

“The whole thing [Feeble Little Horse] felt kind of spur of the moment and lucky,” says Walchonski. “For me, it was like, it sucks this couldn’t have happened earlier, because this is probably going to be the end, but at least we did this album.”

It was only after someone from Saddle Creek came to their Brooklyn show with Horse Jumper of Love at Baby’s All Right in May that they began seriously considering going the label route. Self-described control freaks, they were wary of the music business in general, let alone the implications of signing with some of the other labels that were approaching them with offers.

The quartet was reassured by the creative freedom Saddle Creek promised, and the fact that Philadelphia experimental four-piece Palm, one of their favorite bands, recently joined the roster. They shook on it at a sandwich shop (or an Indian place; they couldn’t quite remember) while in Philly. The band had been planning to re-release Hayday through their record label, Unstable, so when the idea of making it their Saddle Creek debut was broached they were automatically on board.

The project was still less than a year old by the time they released Hayday in October, following their ep modern tourism, which came out only a few months before, in May 2021. The brainchild of Sebastian Kinsler (guitar, production, vocals, bass) and Walchonski, the duo played in other bands while attending The University of Pittsburgh and were brought together by their shared love of bands like A Country Western and Joyer. With an almost identical vision of “what a cool sound is and what a lame sound was,” according to Kinsler, they officially added Jake Kelley (drums) and Slocum to the band when they began working on Hayday.

With no experience playing bass, Slocum purchased Walchonski’s for $40 and placed stickers on the frets where she had to press down. The boys had a stockpile of music that still lacked lyrics, and Slocum had been looking for a way to express her feelings following a breakup. The stars aligning, Hayday took shape quickly as they pieced together rejected riffs from modern tourism and voice memos they passed back and forth.

“I’d rather have vulnerable lyrics and be embarrassed than have nothing lyrics that sound nice and don’t mean anything,” says Slocum. “Every single word means something. There’s nothing that’s just stupid.”

This policy of unabashed honesty and urgent emotion is what makes Hayday such a hard-hitter. A bricolage of tender confessions, scenes of domestic bliss, and the occasional reference to the Kennedys, the album encapsulates the anger Slocum says she felt about the situation but also one that’s universal. The soft acoustics spliced by blown-out shoegaze and outtakes of the band joking around simultaneously make it feel like a slice-of-life and a scream of frustration.

After wrapping up the recording process, the band pitched Hayday to their friend Connor Murray at Crafted Sounds, a small label in Pittsburgh, who automatically sensed they were onto something big. Murray encouraged them to increase their reach and suggested they look for a label in Philadelphia or New York. He connected them with Douglas Dulgarian (They Are Gutting A Body of Water), who runs Julia’s War Recordings, another small tape label that has quite the cult following. Love at first listen, less than 24 hours later, they were labelmates with some of the bands they used to look up to.

“It was really cool to be inside of this scene that we really admired,” says Kinsler. “All of the Philly bands were all I would listen to for a super long time, then all of the sudden these are our homies that we’re playing shows with.”

Flash forward a year, and the artists they once idolized are now some of their best friends. From touring with waveform* to Full Body 2 remixing “Termites” for the re-release, their heads haven’t stopped spinning. Still though, when discussing the past year, they don’t revel in the rockstar moments, it’s the chop cheeses they got after a show in Brooklyn, the time their tire popped and Kelley had to change it even though it was freezing outside, or moshing for the first time at a Hotline TNT show that makes them light up and momentarily forget their fear of interview awkwardness. 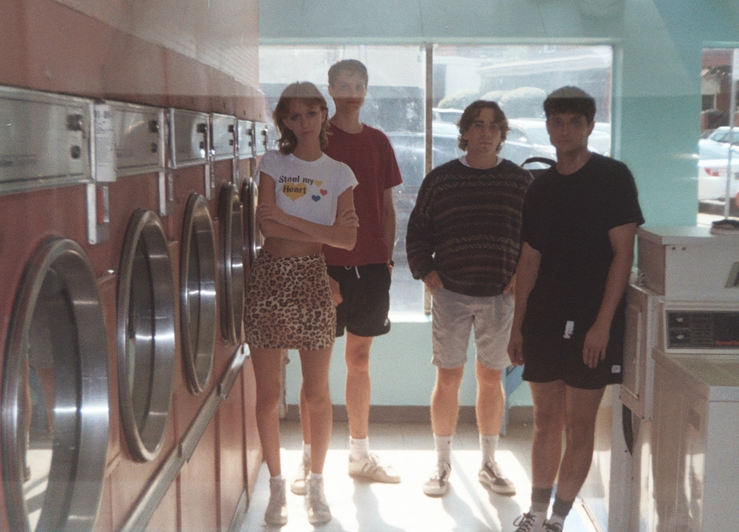 While their dizzying success seemingly came out of left field, the whiplash from the delicate strumming of “Picture” to the biting bassline on “Termites” easily explains how they’ve managed to rack up almost 60,000 listeners on Spotify. Even with the numbers and the reviews to prove it, they still suffer from the occasional case of imposter syndrome, according to Slocum. When they say they’re surprised by the hype Hayday has amassed, they genuinely mean it.

“It feels like a full circle thing,” says Slocum. “It’s an awesome feeling, even if we don’t get any further than we’ve gotten I’m still just so grateful for the opportunities that we’ve had.”

With their next album finished and slated to be released sometime in 2023, it seems unlikely that the buzz surrounding the band will fade anytime soon. They seem fated to be one of those acts that a few years from now (or months, considering the pace they move at), people will brag about seeing “before they got big.” While it may still feel like a pinch-me moment for Feeble Little Horse, their meteoric rise to fame is not only inevitable but well-deserved. With all of the bullshit sellouts and nepo babies plaguing the music industry, it’s so refreshing to see them win.

Feeble Little Horse will play Johnny Brenda’s on Dec. 28 and you can purchase tickets here. Hayday is out digitally now, via Saddle Creek Records, with the vinyl edition of the album available January 13th.