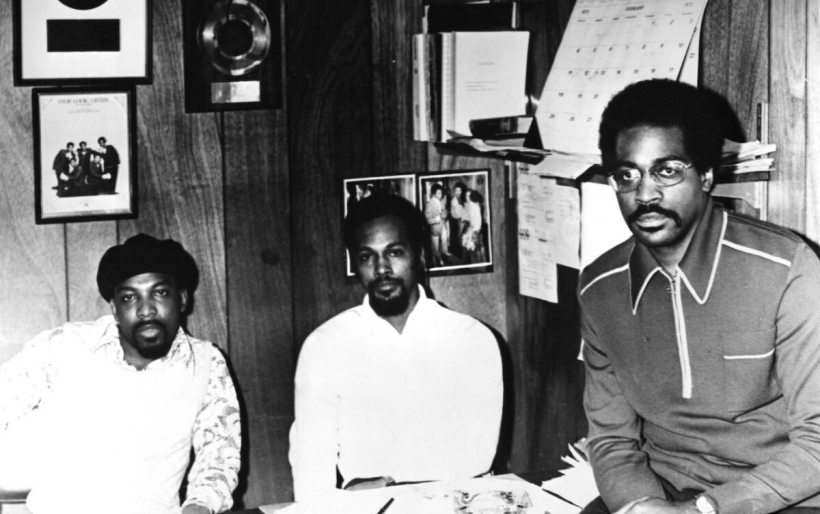 The famed Philly producer crafted his own lane in the Philadelphia International Records world.

Thom Bell, the Grammy award winning songwriter, producer, arranger and musician who helped create The Sound Of Philadelphia in the late 60s to mid-70s has died. He was 79. According to The Philadelphia Inquirer, Bell’s lawyer, Michael Silver, issued a statement saying that Bell passed away at his home in Bellingham, Washington. The cause of his death was not available.

Along with Kenny Gamble and Leon Huff, he was an important architect to the Sound Of Philadelphia (TSOP), working closely with Gamble & Huff over the years in the halls and studios of Sigma Sound Studio, where they created dozens of hit R&B and soul songs.

Bell, whose birth name was Thomas Randolph Bell, was born in Kingston, Jamaica, and moved to West Philadelphia as a child. As a teenager, Bell began singing with Kenny Gamble and Leon Huff, and with Gamble started performing together in the group Kenny & The Romeos.

Bell wrote, produced, and arranged hundreds of songs, most notably with The Delfonics, and The Stylistics, both groups from Philadelphia, and The Spinners. For The Delfonics, he co-wrote hits including “La La Means I Love You,” “Ready or Not Here I Come (Can’t Hide From Love),” and “Didn’t I (Blow Your Mind This Time).” For The Stylistics, he teamed up with Philadelphia native Linda Creed to co-write hit songs including “Betcha by Golly, Wow,” “You Make Me Feel Brand New,” “Break Up To Make Up” (co-written with Creed and Kenny Gamble), and “I’m Stone In Love With You” (co-written with Creed and Anthony Bell). He also co-wrote and produced hits like “Rubberband Man,” “I’ll Be Around,” “Could It Be I’m Falling In Love,” by The Spinners, and produced “Then Came Yo,” featuring Dionne Warwick.

It was at Philadelphia’s Cameo-Parkway studios where Bell first honed his craft, developed over time in collaboration with Gamble & Huff. Over his career, Bell worked with many bands associated with TSOP and Philly International Records (PIR), and worked with Elton John, David Byrne, Fatboy Slim, Dusty Springfield, Johnny Mathis, Chubby Checker, and others. His songs have been sampled by many hip-hop artists, most notably The Fugees.

In 1975, Bell won the very first Grammy award given for Producer of The Year, was inducted into the Rock & Roll Hall of Fame and has a star on the Philadelphia Walk of Fame. Most importantly, he leaves behind a legacy of some of the greatest R&B and soul songs ever written and recorded. The songs are synonymous with Philly, influencing millions of music fans around the world with his deep sense of melody, symphonic soul, lush arrangements, and magnificent songcraft.

Below, read memorials for Bell shared on social media by Nile Rodgers, Questlove, and Dyana Williams, and listen to a Spotify playlist of some of Bell’s TSOP classics.

#RIPThomBell He is one of the greatest writers and producers of all time. My condolences go out to his family and friends. He was the architect of the relationship between #BernardEdwards & me as we were the band for the group New York City (I'm Doing Fine Now) a Thom Bell smash pic.twitter.com/Q56kJlzpsU

Beloved songwriter arranger, producer Thomas aka Randolph Bell aka Thom Bell, co-architect of The Sound of Philadelphia with Gamble & Huff. Soundtrack to our lives music The Delfonics The Stylistics The Spinners Deniece Williams Dionne Warwick Johnny Mathis has transitioned pic.twitter.com/K85OebdCfL