Crooks and Nannies share the title track to their new EP 'No Fun,' out Friday - WXPN | Vinyl At Heart 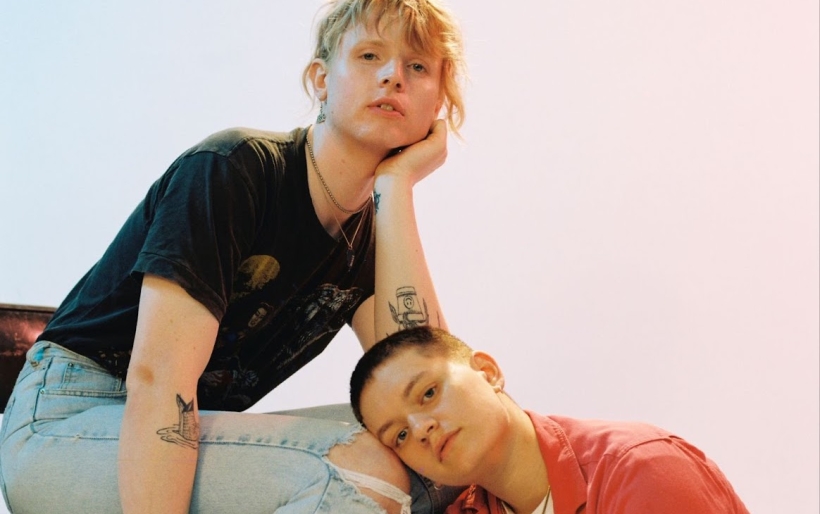 Crooks and Nannies share the title track to their new EP ‘No Fun,’ out Friday

The Philly indie duo is throwing a record release party this Sunday at Johnny Brenda’s with Empath and more.

We last heard from Philly duo Crooks and Nannies in September, when they returned from a five-year hiatus to go on tour with Lucy Dacus and open her Franklin Music Hall concert. In the time since, they’ve finished up work on their latest EP, No Fun, which is out Friday.

Today Crooks and Nannies released the final teaser of the record, its title track, which opens on a low-key and introspective note and finds bandmates Madel Rafter and Sam Huntington building it into something cathartic. Shedding some light on the song’s emotive journey, Rafter explains in a press release that “There was a man I saw a few years ago at an arcade in Philadelphia, sitting with an unwavering gaze on a Jurassic Park pinball machine. He had a big plastic cup half full with quarters on a stool next to him. He was set up before I got to the arcade and still staring at the game when I left. When I wrote ‘No Fun,’ I was feeling really checked out of the world. It’s about feeling insular and lonely, rejecting other people’s attempts at connection but not being quite sure why.”

Listen to the single below, and celebrate No Fun this Sunday, January 15th, when Crooks and Nannies headline Johnny Brenda’s with Empath and Another Michael. Tickets and more information can be found at WXPN’s Concerts and Events page.