We're So In Tune: A co-bill of Kississippi and Highnoon sells out Johnny Brenda's - WXPN | Vinyl At Heart 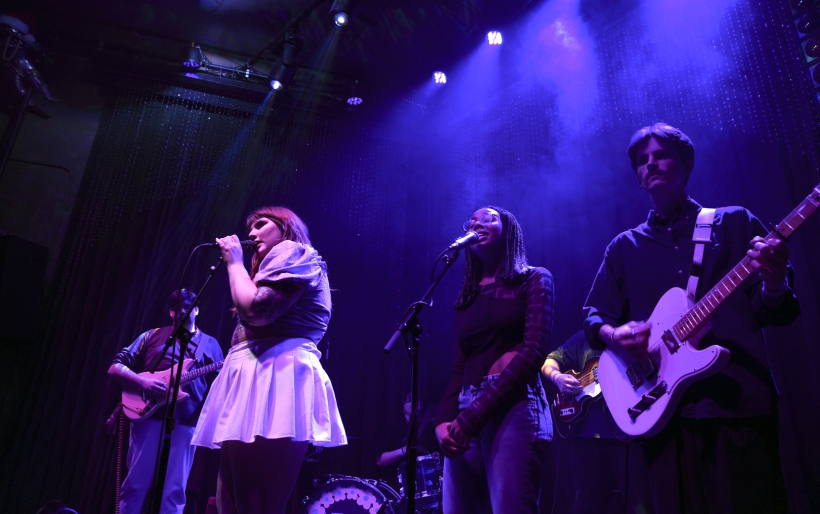 We’re So In Tune: A co-bill of Kississippi and Highnoon sells out Johnny Brenda’s

“I know it’s not a very Philly thing to do, but we’re going to ask you to dance with us,” Zoë Reynolds told a packed house at Johnny Brenda’s last night. The song was the infectious infatuation anthem “We’re So In Tune,” a standout from Kississippi‘s terrific 2021 album Mood Ring, and the band came up with some (relatively) easy “YMCA”-esque moves to do on the hook. Does a crowd gleefully trying to figure out how to make “W-S-I-T” with their arms clash with our city’s lager-pounding, greased-pole-climbing, “Go Birds”-ing image? Possibly. Did the room do it anyway? Absolutely. Philadelphians may be gritty (and Gritty) but we’re also so much more. 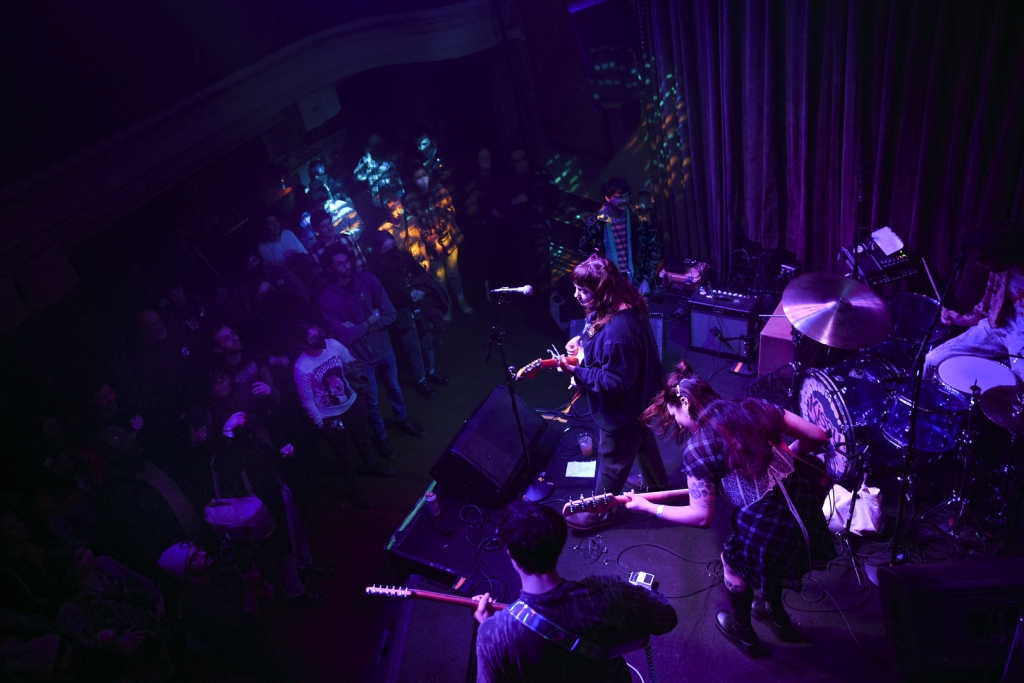 The meeting of sentimental hearts began early, when indie rock four-piece Julian returned to the JBs stage for the first time since the release of their latest EP Yearning Songs last fall. The crowd was remarkably attentive, hushed and respectful, speaking only in whispers, even during the tuning breaks (all audiences could take a page from them). Frontperson J. Lieby’s deep and wide-ranging music tastes shone through in the punchy and upbeat set, with songs channeling anything from early 80s Cure to The Raincoats to Real Estate (the latter point of inspo shouted out by Highnoon’s Kennedy Freeman during their set), with the explosive “Having You Around” ending their opening slot on a breathtaking high. 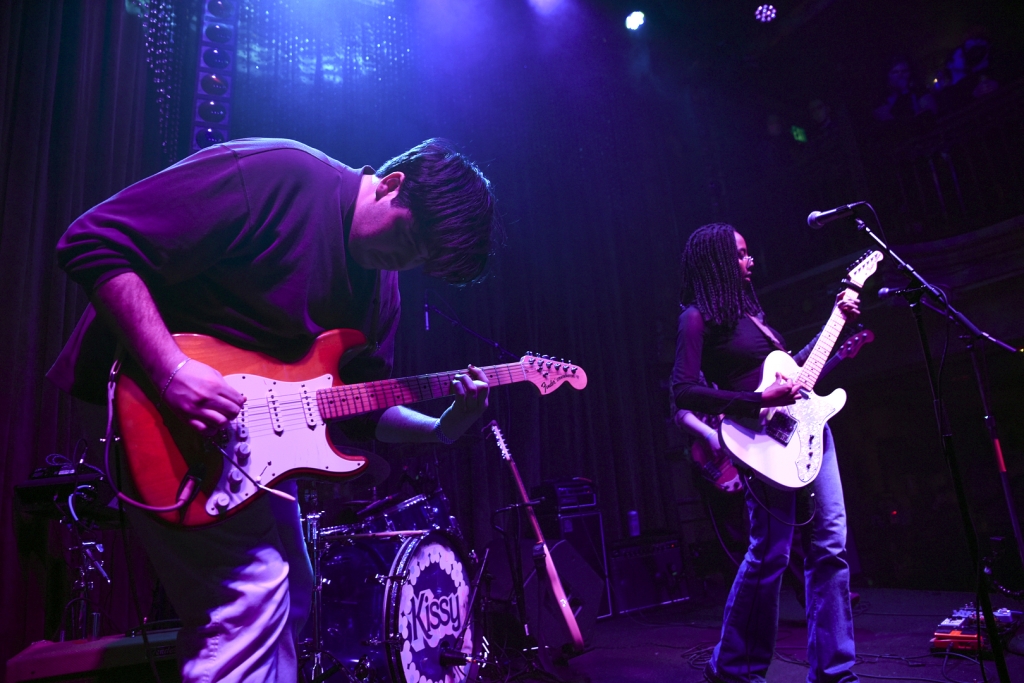 Highnoon are perhaps the preeminent pop tunesmiths of Philly circa 2023. Their new single “Are You With Me” radiated from the JBs stage last night, and the sold out crowd clamored from the JBs floor to the balcony and bopped along to it. The newer-than-the-new-single songs that surrounded it sound just as thrilling, a mix of earnest emotion, cool confidence, and hooks that do not quit. One as-yet-unreleased song was described by Freeman as “listening to the radio in 2005 and Keane or The Fray comes on.” The vibe, it goes without saying, was nailed, and the familiar Highnoon tunes like “Back To You,” “Phone,” and “Tomorrow” were bright and expressive. “We’re working on our album, I assure you,” Freeman said at one point, but even if they continue taking things at a single-by-single pace, it’s a gift. 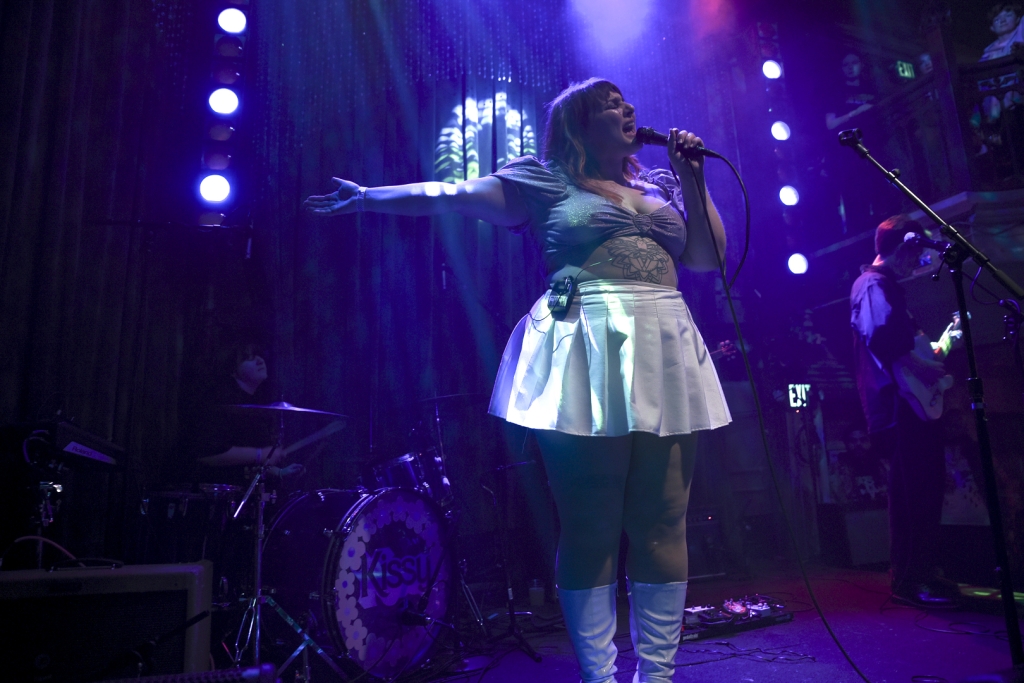 For their part, Kississippi has two cherished albums and an EP to draw on, which made last night’s show something of a greatest-hits-so-far assortment. From “Indigo” to “Cut Yr Teeth” to the incredible “Big Dipper” — a moment of candid vulnerability and possibly Reynold’s songwriting high point to date — Kissy’s set got the most singalong action, and the frontperson earnestly praised the other performers, speaking to the strength of an all-Philly band that can sell out a show on a Wednesday night.

What pushed the gig from very good local show into the realm of unforgettable greatness was the collaborative moment towards the night’s end when Highnoon’s Freeman and Bren Simpson re-joined the show (their bandmates Rachel Wild and Justin Roth were already onstage performing in this iteration of Kississippi) to cover Sixpence None The Richer’s 90s alt-pop gem “Kiss Me.” This is a song that Kississippi has done in the past, recording it for a Grey Estates compilation in 2016, while Sixpence is a band I’ve always heard echoes of in Highnoon’s heartwearming aesthetic. So the worlds-colling moments was something special that caused the venue to collectively ascend into the night.

Kississippi is headed to Seattle this winter to record album number three, and may we hear much more from them (and all these artists) very soon. Below, check out a gallery of photos from the night by our Megan Matuzak.