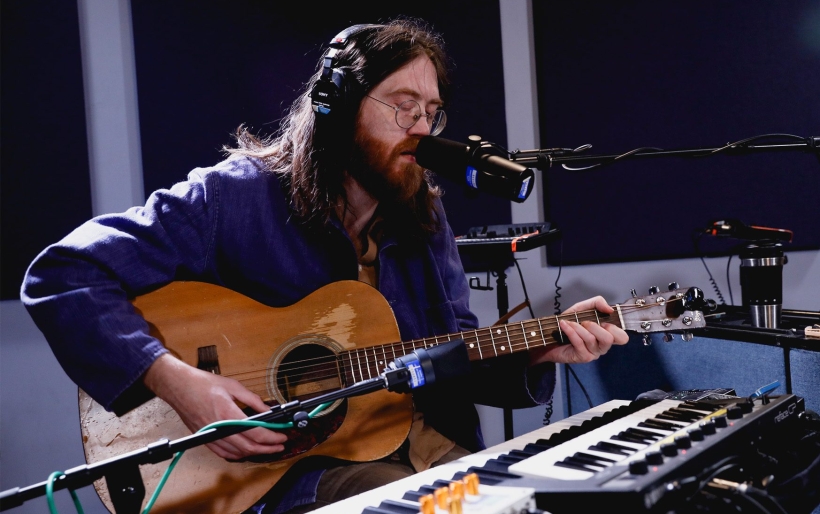 Will Sheff | photo by Paige Walter for WXPN

The longtime lead singer and songwriter of Okkervil River performs songs from his solo debut for our first session of 2023.

Joining us in the studio for our first Indie Rock Hit Parade session of 2023 is a singer/songwriter that’s been a favorite for over two decades. Since the late ’90s, Will Sheff has been the leader of Okkervil River; the indie-folk combo has served as the primary vehicle for his lyrically dense and clever compositions since their 2002 debut. With Sheff being the only constant member throughout the years, the line between Okkervil River as a band and Okkervil River as a solo project has become increasingly blurred. As heard in a 2016 World Cafe performance, the group’s album Away led off with “Okkervil River R.I.P.,” Sheff’s knowing elegy to his fractured project. Following 2018’s In the Rainbow Rain, Sheff retreated for a number of years before delivering his official solo debut in 2022.

Despite its self-deprecating title, Nothing Special is a collection of quietly remarkable songs. Backed by a full ensemble on his fall tour, Sheff returned to our studio with just one bandmate: guitarist Will Graefe, who previously performed on the show as a member of Renata Zeigeur’s band in 2018. With Sheff switching between acoustic guitar and electric piano (and triggering drones and drum loops) and Graefe coaxing sumptuous tones from his guitar and pedalboard, the duo perform a meditative set drawn from Nothing Special.

Watch highlights from Will Sheff’s Indie Rock Hit Parade session below, and stream the full performance. Be sure to check out Paige Walter’s photos from the studio as well.