12 concerts to see this week, including Rhett Miller, Kuf Knotz and Christine Elise, Mitamu and more - WXPN | Vinyl At Heart 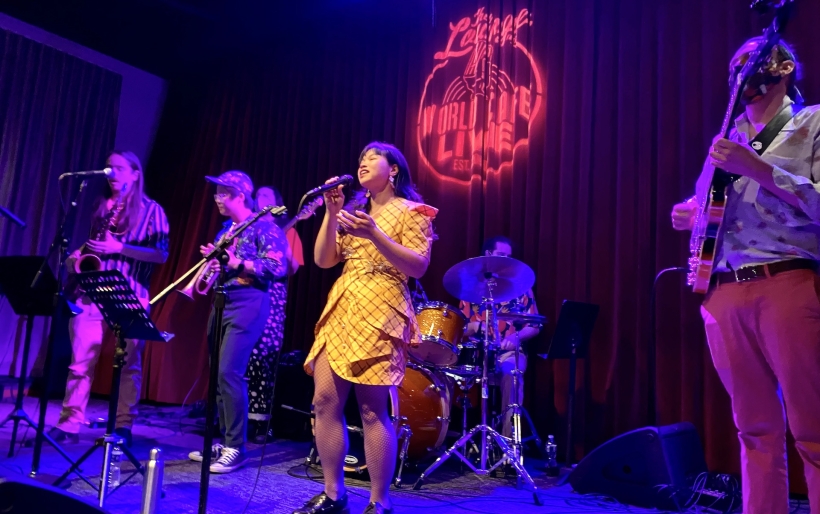 12 concerts to see this week, including Rhett Miller, Kuf Knotz and Christine Elise, Mitamu and more

A dozen concerts around the city to keep you busy this week!

Here are 12 concerts to see in the next seven days, all around Philly. For details and more, head to the WXPN Concerts and Events page!

West Philly indie-rock duo Crooks and Nannies took a 3-year hiatus and came back strong with a string of dates opening for Lucy Dacus and now, a new EP. They bring Empath and Another Michael, two fellow Philly bands spreading the good word of the Philly DIY scene on the road, to Johnny Brenda’s this Sunday night. We love an all-local set. // 8 p.m., $15, 21+

Crooks and Nannies - No Fun

Frontperson of Old 97’s and talented solo artist in his own right Rhett Miller shares songs from his new Sam Cohen-produced album The Misfit on Monday. Expect lots of acoustic guitar and plenty of charming personal anecdotes. Bonus, you can be seated and enjoy a glass of wine at this gig. // 7:30 p.m., $25, AA

Rhett Miller - Go Through You

This one’s for those of you out in the Main Line burbs or just for fans of 90s New York City rock in general: let Spin Doctors’ Chris Barron be the highlight of your dinner this evening at the intimate 118 North. // 8 p.m., $25, AA

Shoegaze means distorted guitar music with wheezing electronics and sharp melodies. It may actually have a different, more proper definition, but this is what you’ll hear at the Strange Ranger, Hooky, and Bleary Eyed show at Ortlieb’s. Again, we love an all-Philly lineup. // 8 p.m., $15, 21+

ICYMI: Shows are back at MilkBoy. And in case you missed the news they were ever shut down, never mind. (EDITOR’S NOTE: Whoops, we spoke too soon. This concert has been relocated, and is now taking place at Underground Arts.) Hard rockers Pissed Jeans will bring down the house with a provocative set; arrive early for opener Kilynn Lunsford, formerly of Taiwan Housing Project, who has a wild new LP called Custodians of Human Succession. // 8:30 p.m., $20, 21+

Saturday 1/21: Kuf Knotz and Christine Elise at The Living Room

Philly-made duo Kuf Knotz and Christine Elise have crafted a style of their own, melding philosophical rap with cosmic harp and punchy R&B hooks. They spend Saturday on the Main Line for a show at The Living Room in Ardmore. // 8 p.m., $25 and up, AA

If you missed Philadelphia’s premiere psychedelic big band at World Cafe Live last year, head to Arden Gild Hall in Delaware on Saturday for a night with the legendary Sun Ra Arkestra. The band’s most recent album, Living Sky, was one of WXPN’s top 25 albums of 2022. // 8 p.m., $34, AA

Saturday 1/21: Greensky Bluegrass at The Fillmore

Kalamazoo folk jammers Greensky Bluegrass are at The Fillmore this weekend, bringing the spirited playing and catchy tunes heard on last year’s Stress Dreams LP, not to mention their extensive catalog from over the past decade and a half. // 8 p.m., $32, AA

Lehigh Valley singer-songwriter Alex Radus has an affinity for Tom Waits’ gravely wit and it shows in his music, but he’s just as apt to be sincere and emotive, as we hear on the recent live single “I of the Hurricane.” He plays a hometown show Saturday at the iconic folk venue Godfrey Daniels. // 8 p.m., $18.50, AA