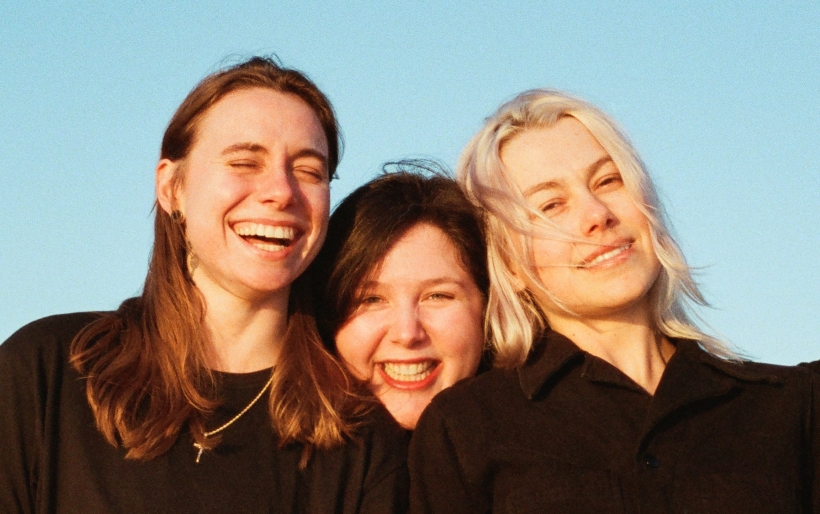 Listen to three songs from Boygenius’ new album ‘The Record’

The collaboration between Julien Baker, Phoebe Bridgers, and Lucy Dacus will release their latest music in March and play Coachella in April.

When the Coachella 2023 lineup rolled out last week with Boygenius featuring prominently on the Saturday lineup, we knew something was up.

Now a week later comes the big news: the much-loved collaboration between indie rock singer-songwriters Julien Baker, Phoebe Bridgers, and Lucy Dacus has reconvened for their first full-length project, The Record. The band reportedly produced the project at Rick Rubin’s Shangri-La Studios in Malibu, California, and it’s slated for release on March 31st via their new label home of Interscope Records.

Along with the announcement comes a first listen to three songs from The Record — each one featuring a different one of the band’s primary songwriters taking lead. “$20” is a punchy rocker with Baker at the forefront, along with vivid lyrics about playing with fire in a graveyard (“in another life we were arsonists”) that help usher the song to absolute ripper status with cathartic screams at its close. “Emily, I’m Sorry” has Bridgers in the forefront, and begins as a hushed and melancholic piano reflection that gradually adds a doused-in-static drumloop to amplify a story about saving a relationship on the rocks  (“Just take me back to Montreal / I’ll get a real job, you’ll go back to school / We can burn out in the freezing cold”). “True Blue” takes the center path with Dacus leading the journey through gliding arrangements, sparkling harmonies, and imagery about the seasons (“you say you’re a winter bitch, but summer’s in your blood”).

Though it is tempting to identify each song primarily with the voice we’re hearing the most — exactly as I just did, oops — the true strength in boygenius is not Baker’s voice, or Bridgers’ or Dacus’, but their collective voices coming together, not just in sparkling vocal harmonies that underlie and uplift each song but moving music writ large, hand-crafted by three of today’s leading singer-songwriters. Listen below, and pre-order The Record here.