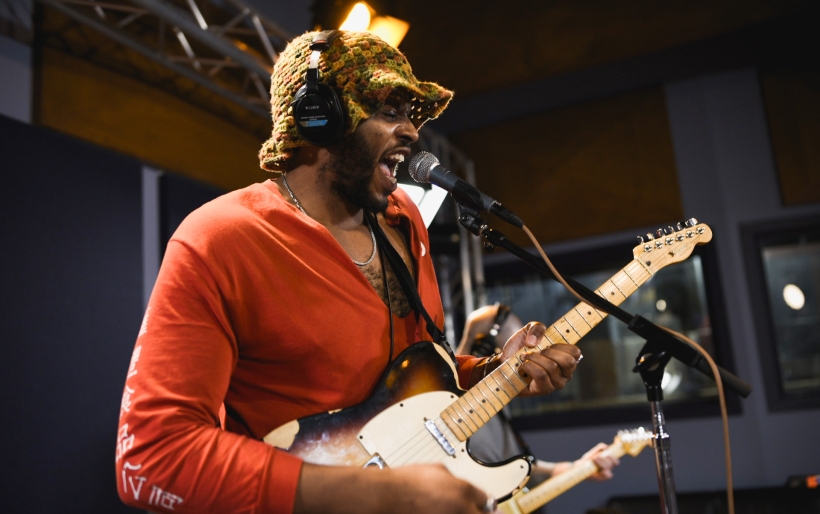 When Moustapha Noumbissi released his meditative single “Stumble” last year, it was his debut as far as the Philly indie rock scene knew. But for the singer-songwriter, it was the latest step in his ongoing creative journey. Over the past two decades, Noumbissi has been a music teacher, a multi-instrumental collaborator, and a vocalist stretching all the way back to his youth when he performed in the Bryn Mawr Boys Choir.

With the run of singles he’s released over the past year, though, Noumbissi arrives with a fully-formed artistic voice: reflective, pensive, yearning, and full of passion and power. His songs simmer across long runtimes and dynamic structures — the rise and fall of a whisper-to-holler tide — and they meditate on connections, emotions, identity, and ways to guard those aspects of your person in a cold world.

Noumbissi was born in Belgium to a Cameroonian family and spent his youth in Upper Darby; when he returned from college a few years back, he began mixing with the local music scene and ultimately connecting with producer Lee Clarke, who worked with him on his initial singles, along with co-producer Will Brown of XIXIX, who joins him in the studio on the drumkit for this week’s Key Studio Session.

In this performance, Noumbissi and his band — which also features Sam Nobles on keys, Manny Roach on bass, and Rob Pallett on guitar — play each of those singles he’s released so far, plus one that comes out very soon. Kicking off the set, “Stumble” is a radiant anthem that shakes the rafters, while “Good Life” swings in a cool psychedelic soul groove in the spirit of Michael Kiwanuka, and the epic “Gold” is a thrilling journey that recalls moments of The Beatles and Hendrix (especially that guitar solo on the outro).

That last song hits streaming services as a single this Friday, the same day Noumbissi plays Johnny Brenda’s opening for Stereo League; tickets and more information on that show can be found at WXPN’s Concerts and Events page. Below, watch Moustapha Noumbissi and his band perform for the Key Studio Sessions.