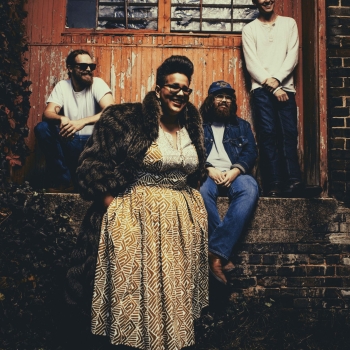 Burning bright for a decade in the early 21st century, Alabama Shakes brought the soul back to rock ‘n’ roll. This Athens, Alabama quartet formed out of high school and describes its shows as “just like going to a rock n’ roll church.” Comprised of Brittany Howard, Zac Cockrell, Steve Johnson and Heath Fogg, the band coalesced after a couple low-key jam sessions, feeling a chemistry that kept them together over two acclaimed albums. The Shakes’ style is marked by Howard’s powerful voice and the ensemble’s irresistible energy: they enthusiastically blend rock with soul, country, blues and roots, earning critical as well as popular acclaim for their electric performances and foot-tapping self-titled debut. The band went on hiatus in 2018 after releasing their sophomore album Sound & Color, and Howard has launched a career as a solo artist.