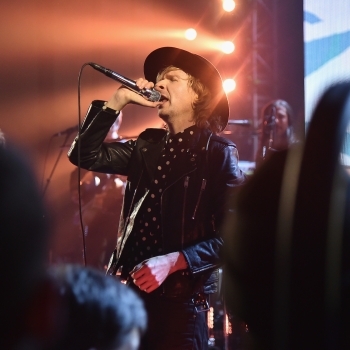 Who They Are: Postmodern pop-rock visionary Beck Hansen’s three-plus decades of activity are full of modern rock hits and indie-folk heartbreakers, of festival-rocking performances and intimate acoustic engagements. His 1994 mega-hit “Loser” epitomized the monomyous Beck as the king of mid-90s slacker cool, but his acclaimed follow-up Odelay proved he was far from a one-hit wonder, and he proceeded to alternate between his party-rocking oddball leanings and his deeply introspective, heart-on-sleeve ballads — with 2002’s lovelorn Sea Change garnering massive acclaim in the latter category. And when he takes the stage surrounded by dancers, DJs, computerized backdrops, and yes, even marionettes, Beck’s live shows continue to be like no other.