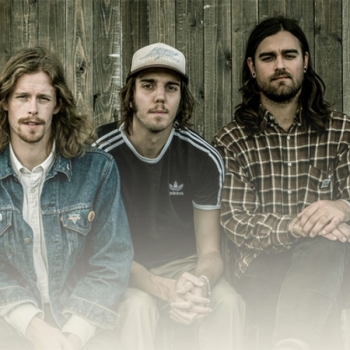 Where They’re From: Columbus, OH

Who They Are: The indie-folk band CAAMP was formed by Taylor Meier (lead vocals, guitar, drums, piano), and Evan Westfall (banjo, harmony vocals, guitar, drums and bass). Now a trio, Matt Vinson rounds out the band on bass and harmony vocals. From Columbus, Ohio, Taylor and Evan met when they were freshmen in high school, and formed a band with a couple of classmates for a project. After that band came to an end, the duo stayed together as CAAMP. They first started playing out as seniors in high school, and moved to Athens, Ohio, to attend school, where they continued to build a following with their live performances. CAAMP released their self-titled debut in 2016, and followed it up with a series of EPs: Boys (Side A), and Boys (Side B). They were named a WXPN Artist to Watch in December of 2018.