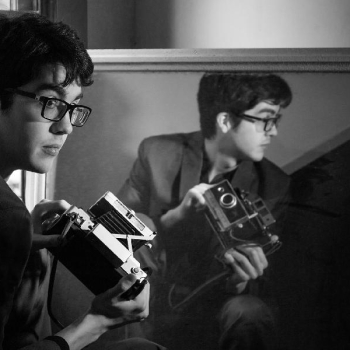 Who They Are: Car Seat Headrest is the brainchild of Will Toledo, who has over a dozen releases to his band’s name, many of which he’s made available for a “name your price” on Bandcamp.
Originally from Leesburg, Virginia, and currently based out of Seattle, the DIY’er released Teens of Denial, his first album of new songs on a “proper” label, Matador Records, in 2016. Toledo’s music is a indie rock brew that brings to mind Guided By Voices by way of early Who, Pavement, informed by Toledo’s love of REM, with lots of guitars, layered harmonies, lyrics you want to pay attention to, and loads and loads of well crafted lo-fi nuance and charm. Dan Reed, the self-appointed President of the Car Seat Headrest fan club, says “Toledo is one or rock’s great new lyricists; anthemic, diverse, funny, and sad. Sometimes all at once.” The band was named a WXPN Artist to Watch in May of 2016, and played NON-COMM that same year.