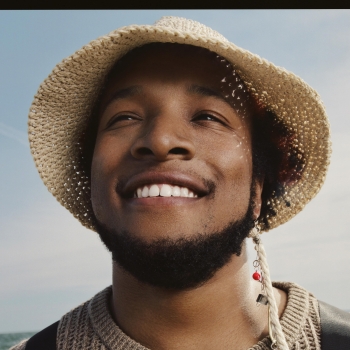 Where They’re From: Cleveland, OH

Who They Are: Born in the midwest, singer-songwriter Joshua Karpeh launched his career while living in Brooklyn in the late 20-teens through a series of EPs and a studio LP, 2021’s Deadpan Love. He has co-written songs with and for Taylor Swift and John Legend, and has had his own suave acoustic-centered pop/rock songs placed in several television shows including 13 Reasons Why, Insecure, Grey’s Anatomy. The alt-R&B artist released was named a WXPN Artist to Watch in November of 2022, around the November 18th release of his thin ice on the cake EP, with a Free At Noon concert from the World Cafe Live stage early that month.