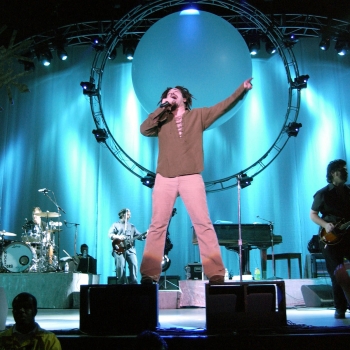 Where They’re From: Berkley, CA

Who They Are: Rarely does an artist’s debut album make such an indelible impact as Counting Crows did with August and Everything After. Centered around the yearning vocals and poetic lyrics of frontperson Adam Duritz, the band’s ornate instrumentation dabbled in folk / Americana as much as alternative rock, delivering timeless, emotive, and ultimately uplifting songs like “Rain King” and “Mr. Jones.” The band experienced tremendous success out the gate, and followed the record up with a solid catalog of albums channeling influences from the 60s and 70s, contemporary sounds of the 90s, and carrying them into the new millennium. In addition to music-makers, Counting Crows have become tastemakers and curators, between Duritz’s podcast and the band’s Underwater Sunshine festival.