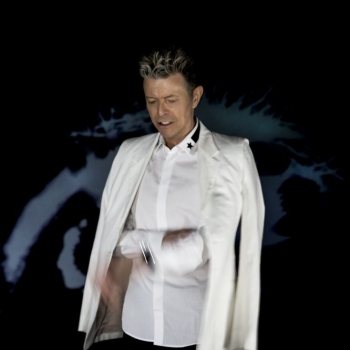 Who They Are: A consummate creative spirit, David Bowie was active as an artist from the age of 15 until literal days before his passing at age 69. His work spanned genres and moods, from the genre-defining glam rock releases of the early 70s to the glorious Philly-soul inspired Young Americans in the middle of the decade, from the conceptual art inspired work of his Berlin era particularly the heady Low record to his always-staying-ahead-of-the-trends work in the 80s and 90s. In addition to his music, Bowie was a style icon of sorts, as well as an inspiring spirit for LGBTQ folks around the globe; he also famously advocated for a more inclusive music industry by taking the MTV airwaves in the 80s and criticizing the station for not playing more Black artists. Always one to push himself artistically, Bowie recorded Blackstar, his swan song, with downtown New York City jazz players including Donny McCaslin; the album released on his 69th birthday, and he passed away two days later.