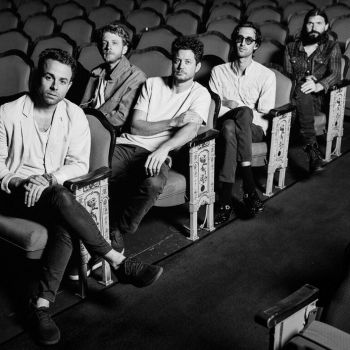 Where They’re From: North Hills, CA

Who They Are: California quartet Dawes blends of classic 70’s folk-rock and contemporary embellishments. Ultimately this clever mixture evokes a sense of nostalgia and refreshing anticipation all at the same time. It’s difficult to resist getting completely caught up in frontperson Taylor Goldsmith’s lyrical prowess, which is often backed by elegant folk-pop harmonies. Taylor’s powerful voice wavers between reflective sorrow and bursting optimism and his quiet confidence carries with it an incredible sense of maturity and wisdom. While the vocals and lyrics are central to their music, Griffin Goldsmith (Tayler’s younger brother), Wylie Gelber and Alex Casnoff flesh out their intimate and timeless Cali-roots sound with carefully crafted arrangements that often garner comparisons to Jackson Browne and Neil Young. An XPN Artist To Watch from April 2010, Dawes has successfully appeared at XPoNential Music Festival four times — and sadly had three additional sets sidelined by extreme weather and other issues — and we’re always ready to welcome them into our community