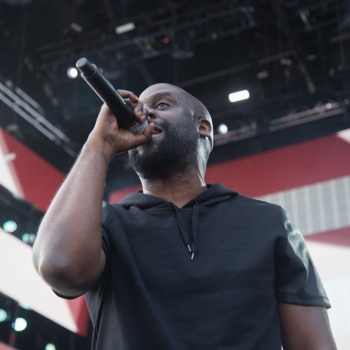 Where They’re From: Amityville, NY

Who They Are: The Native Tongues Posse in many ways defined the east coast hip-hop of the late 80s and early 90s, and one of the first from that community of artists to receive national acclaim was the power trio De La Soul. Featuring Kelvin “Posdnuos” Mercer, David “Trugoy the Dove” Jolicoeur, and Vincent “Maseo” Mason Jr, three MCs who have been friends and bandmates since childhood, the group burst onto the charts with “Me Myself and I,” an infectious and witty party-starter that exemplified the energy of their debut album 3 Feet High and Rising. Loathe to experience pigeonholing, De La switched up their lyrical themes and production styles with each subsequent release, working with renowned DJ and producer Prince Paul on the high-energy classic De La Soul Is Dead, and branching out into new collaborators and heavier headspaces on Stakes Is High. In the aughties, they collaborated with Damon Albarn’s Gorillaz on the Plastic Beach LP and tour, and continue releasing independent and innovative projects.