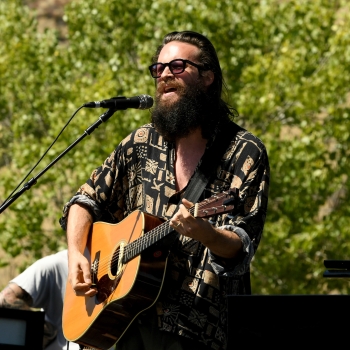 Where They’re From: Rockville, Maryland

Who They Are: No artist has built their identity around such an unlikable character and pulled it off quite like Father John Misty. The alter-ego of singer-songwriter Josh Tillman — formerly of Fleet Foxes — Father John Misty writes albums so thick with sarcasm and drama that conceal a progressive truth that resonates with romantics and progressive-minded fans of all ages. XPN listeners can’t forget the year Father John Misty was invited to play XPoNential Music Festival, and instead of performing songs from his first two memorable albums, he improvised a diatribe about the harmfulness of the entertainment industry. Misty’s consequent album, Pure Comedy (2017), filtered those sentiments into an auditory odyssey.