Florence and The Machine - WXPN

Florence and The Machine 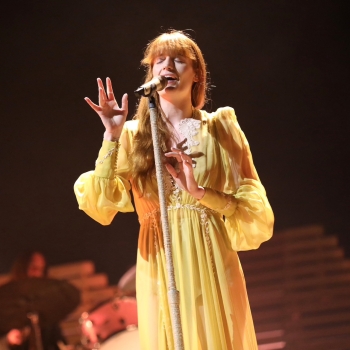 Who They Are: For London’s Florence Welch, the Kate Bush comparisons came almost immediately in her career – she was, after all, a young woman with a soaring voice and a flare for rock and roll melodrama and theatrical live performances. But while Lungs presented that towering first impression of her band Florence and the Machine, subsequent records over the course of the 20-teens showed just how nuanced and dynamic her creative vision could be, from the explosive and enraged “What Kind of Man” to the sublime serenity of “South London Forever.” Graduating from clubs to arenas to festival stages, Welch became the first woman to headline her country’s celebrated Glastonbury festival in the 21st century (and only the second woman to headline in the festival’s history) when Florence and The Machine played in 2015.