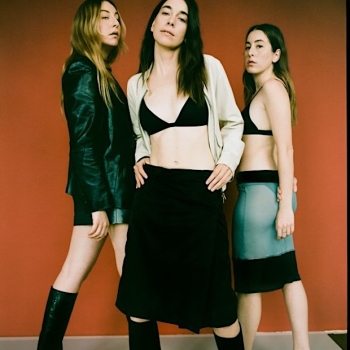 Who They Are: Haim is a pop group of three sisters, Este, Danielle, and Alana who come from a musical family. Danielle was a touring and session guitarist before deciding to write her own music with her siblings. Influenced by decades of rock n roll, synth, and R&B, Haim has crafted a timeless and thoughtful sound adored by fans and critics alike. Their debut LP Days Are Gone was nominated for a Grammy Award in 2013. The sisters have made a splash in popular culture, and even appeared as a family in the 2021 feature film Licorice Pizza.