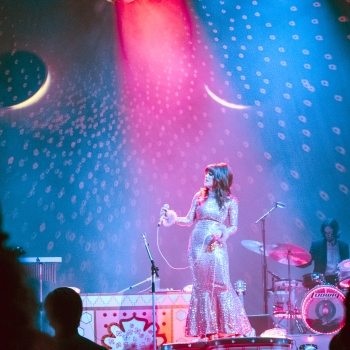 Who They Are: The effortlessly cool, deeply introspective songwriting of Jenny Lewis has provided fans a window into her world — and by extension, a deeper understanding of their own — since the earliest days of her indie rock band Rilo Kiley. Going solo in the mid-2000s, Lewis’ 2006 album Rabbit Fur Coat, found her collaborating with The Watson Twins on a gospel-infused set of soulful pop songs about faith and love, life and death. She takes her time from release-to-release; Lewis is not an album-a-year songwriter and her music is all the better for it, giving her songs with a lived-in sense of reflection and worldliness. As she entered her third decade as a musician (and fourth as a creative person; Lewis was a child actor in the 80s and 90s), she found her music connecting with younger generations of fans, and found herself on a post-pandemic tour with pop star Harry Styles.