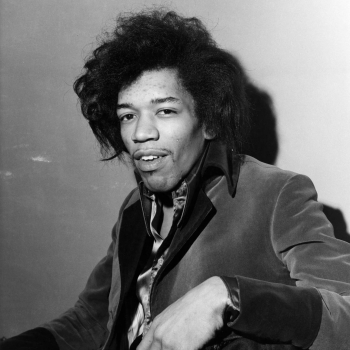 Where They’re From: Seattle, Washington

Who They Are: Jimi Hendrix had a brief, but highly-influential career as rock n roll and electric blues guitarist in the 1960s. His unconventional and experimental methods, such as playing a right-strung guitar left-handed and dialing up his amplifier to create feedback, set him apart from other guitarists of the time. Hendrix is widely considered one of the greatest players of all time, and a master of his instrument. In the late 60s, Hendrix found success in the US and UK with his band, The Jimi Hendrix Experience. Shortly after the unfortunate dissolution of the Experience, and about a year before his death, Hendrix headlined the Woodstock Music and Art Fair. His Woodstock performance of the National Anthem, as well as a number of other live performances by Hendrix, remains iconic.