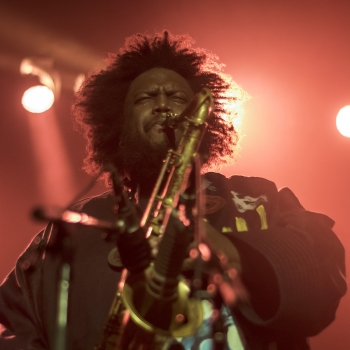 Who They Are: A sideman for the better part of a decade and a half — recording with a range of folks from The Twilight Singers to Thundercat and Kendrick Lamar — saxophone virtuoso Kamasi Washington solidified his place in the annals of jazz history with the 2015 release of The Epic. The monumental, ambitious triple-LP explored an encyclopedia of sounds from jaunty bop to radiant psychedelia, dressed up with choirs of singers and nuanced playing from his band The West Coast Get Down. He toured theaters with Herbie Hancock and worked the festival circuit on his own, growing into a headline attraction all his own, with collaborations and short-form releases keeping Washington constantly sharp and relevant.