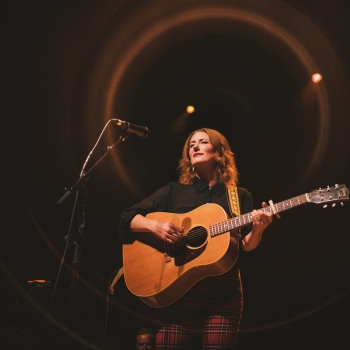 Where They’re From: Ottawa, Canada

Who They Are: Since the early 2000s, roots rocker, singer-songwriter Kathleen Edwards has become an acclaimed Americana musician. Her 2002 debut album, Failure, squarely positioned her as a part of an excellent new generation of singer-songwriters including Patty Griffin, Brandi Carlile, and Norah Jones. Despite her growing success, in 2012 Edwards quit the music business and opened up a coffee shop, Quitters, in her hometown of Sittsville, in Ottawa. She returned to music in 2017 after country singer Maren Morris invited her to a songwriting session, which ultimately led Edwards to continue to write, record and release an album in 2020 and a return to touring. Edwards’ storytelling talent is wonderfully captured in her songs about relationships, and the lost and found emotional connections people have with each other.