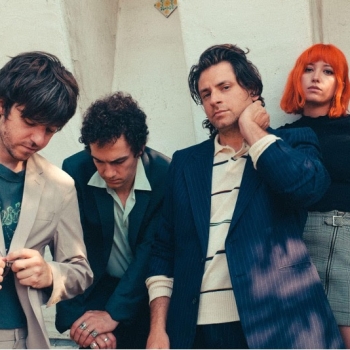 LA based indie rock group Lo Moon have had an explosive early career. The demo of their first single “Loveless” gained attention from major record label Columbia which ended up signing the group. By the end of their first year as a band they had played Governor’s Ball, Lollapalooza in Chicago, and opened for Glass Animals. All of this came before their debut album Lo Moon was released in early 2018. Their sophomore effort A Modern Life came out 4 years later. They performed at the 2022 XPoNential Music Festival.