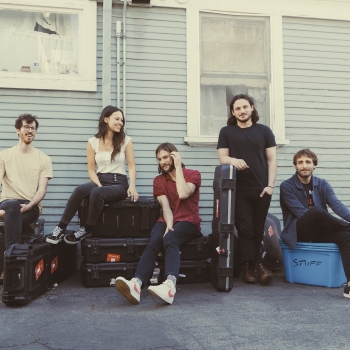 Who They Are: Taking their name from a pair of mountains near Valley Forge National Park, Mt. Joy’s singers, songwriters and guitarists Matt Quinn and Sam Cooper met at a suburban Philadelphia high school, and in 2016 they reunited in Los Angeles. They recorded and independently released a series of folky oriented rock songs, “Astrovan,” and “Sheep.” Driven by the growing popularity of both songs on various music streaming services, Quinn and Cooper recruited three musicians in to the band to tour and record their self-titled debut, released in 2018. The follow-up album, released in 2020, and extensive touring since the release of their debut, has led the five-piece to a more rock leaning sound.