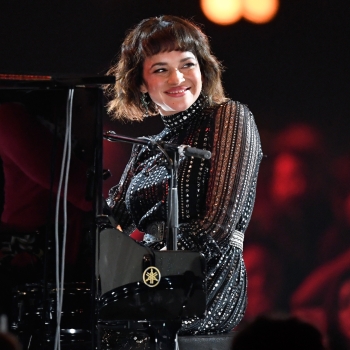 Who They Are: With the breathtaking voice of a jazz chanteuse and an immersive, mellow vibe, singer-songwriter Norah Jones connected with a massive audience on the strength of her Grammy-winning, breathtaking debut Come Away With Me and its ubiquitous single “Don’t Know Why.” Jones also won the Best New Artist Grammy in 2002, but refused to be pigeonholed in the adult-contempo easy listening lane, using subsequent albums to explore rip-roaring country, edgy and effervescent pop, and collaborations with artists from Foo Fighters to OutKast to Belle & Sebastian and Ray Charles.