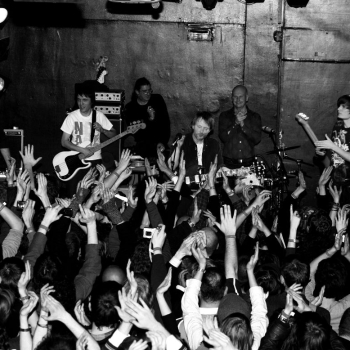 Where They’re From: Oxford, UK

Who They Are: Riding the wave of early-90s alternative rock with their debut smash single “Creep,” Radiohead never rested on their laurels, challenging their fans and themselves with each subsequent record. 1997’s OK Computer experimentally mixed anthemic rock with prog and electronic undertones, making for an all-time greatest album out the gate, while 2006’s In Rainbows pushed the digital music conversation forward with wildly influential songs, and a dynamic live show.