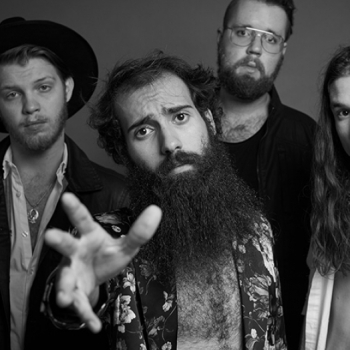 Where They’re From: Boone, NC

Who They Are: Fronted by Sam Melo, the band Rainbow Kitten Surprised have developed quite a significant following on the indie music circuit, selling out shows here in the States on word of mouth buzz and a couple of independently released records. In 2018 they signed to Elektra Records and released a new album – How To: Friend, Love, Freewill – that showcases what they do best, which is an often hard to describe mix of indie folk rock, with touches of hip-hop and acoustic soul, eclectic arrangements, and Melo’s singular vocal style. They were named a WXPN Artist to Watch in June of 2018.