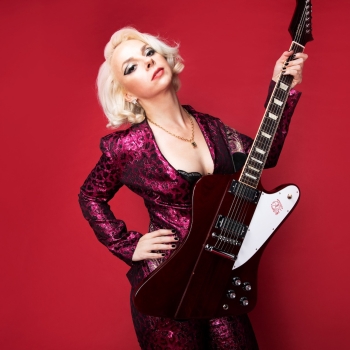 Where They’re From:
Kansas City, Kansas

Who They Are:
Inspired by classic rock acts like Tom Petty, Stevie Ray Vaughan, and the Rolling Stones. Samantha Fish has been playing guitar since she was 15. Frequenting Knuckleheads Saloon in Kansas City she would go on to play the venue often. After her 2009 live record Live Bait gained attention, she signed to Ruf Records. Touring as a part of Ruf Record’s 2011 Blues Caravan with fellow musicians Cassie Taylor and Dani Wild she continued to grow. With a consistent output of music Fish has helped cement her place in the blue scene. She performed live at the 2022 XPoNential Music festival.