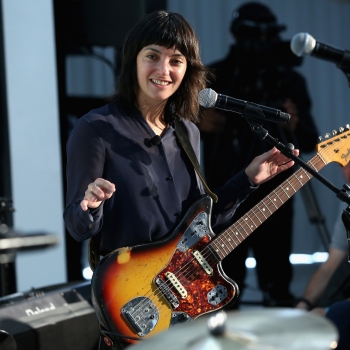 An indie-rock singer songwriter, Sharon Van Etten started releasing music independently and on small labels in the mid-2000s before being picked up by indie label Jagjaguwar for her 2012 record, Tramp. From then on, she steadily grew into a household name, releasing an emotive run of studio LPs that merge pop sensibilities and dynamic production with personal, poetic lyrics. 2019’s Remind Me Tomorrow was written during a long era of positive change in the songwriter’s life, and is considered one of her best works to date. Van Etten grew up in New Jersey, but now lives with her family in Los Angeles.