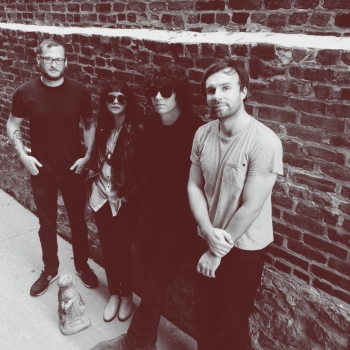 Where They’re From: Brooklyn, NY

Who They Are: Shilpa Ray has toured and performed with the likes of Nick Cave and the Bad Seeds, Man Man, the Jon Spencer Blues Explosion and Nicole Atkins, but it’s when she’s leading the pack that the claws come out. The Brooklyn singer-songwriter has released music under a number of monikers – Beat The Devil, Shilpa Ray and Her Happy Hookers, and most recently, her own name. Sometimes she plays with a band, sometimes she accompanies herself using only a harmonium. Whatever the format, the connective tissue is Ray’s bold vocals and their dynamic range, drawing equally on the blues and punk rock, and her lyrics about politics, society, gender, and sexuality, delivered from a strong feminist perspective.