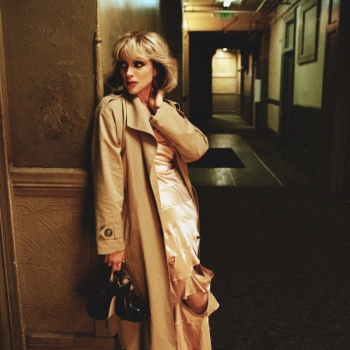 Who They Are: Sonically daring and ever shape-shifting, Annie Clark began her career as a left-of-center singer-songwriter on the Boston circuit while attending Berklee College of Music, then adopted her new name after a stint playing guitar in the touring psychedelic pop circus The Polyphonic Spree. Establishing herself as a craftmaster of songs full of emotion and grace on 2007’s Marry Me, St. Vincent showed the world her formidable guitar-shredding skills on its follow-up, 2009’s Actor. From there, her career has taken a Bowie-esque chameleonic path, dabbling in electronic-tinged alternative bangers and visceral funk excursions, grooving to dusty 70s LPs in the Steely Dan orbit and writing heartbreaking ballads of addiction, loss, and transcendence. Just like her image and sound varies from record to record, so does her live show, which has over time found her backed by Philly two-piece Pattern Is Movement, surrounded by a veritable orchestra of players, or taking the stage solo in a neon pink jumpsuit. Whatever the configuration, St. Vincent never fails to connect.