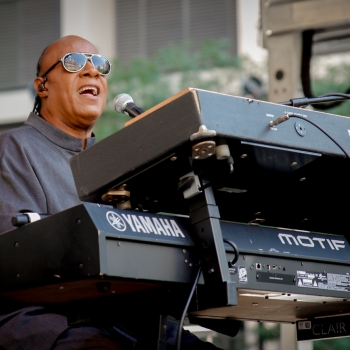 Where they’re from: Saginaw, Michigan

Who they are: Stevie Wonder is a pioneer of the R&B, soul, and funk genres with a record-breaking lifelong career as a multi-instrumentalist and producer. Born blind, Wonder was a child prodigy in music, and wrote his first song for a professional label at 11 years old. In the 70s, Wonder had his “classic years” in which he won three consecutive Grammy Awards for Album of the Year for Innervisions, Fulfillingness’ First Finale, and Songs in the Key of Life. Stevie Wonder’s contributions to music, including his innovative use of synthesizers and electronic instruments and production techniques, are some of the most influential of the 20th century.