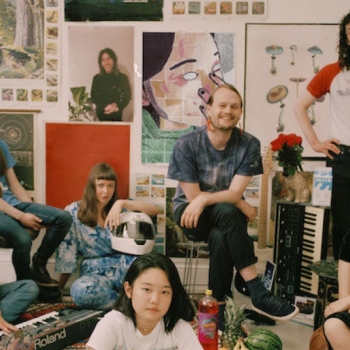 Who They Are: When we first heard Superorganism back in April of 2017, we knew two things: 1) their song “Something for Your M.I.N.D.” was quirky cool, and 2) their story sounded like a marketing gimmick. Turns out the 8-piece, London-based band fronted by a 17-year-old Japanese girl who was attending a boarding in Maine is indeed real, and they signed a worldwide record deal with Domino that fall. The band was named a WXPN Artist to Watch in February of 2018 and released their self-titled debut later that year.