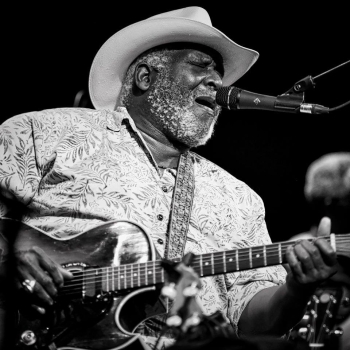 Where They’re From:
Harlem, New York

Who They Are:
Veteran of the industry Henry St. Claire Fredericks Jr., known by his stage name Taj Mahal, has been playing with various groups since the late 1960s. The blues artist got his start with the Rising Sons, one of the first interracial blues bands. Their short live career helped to launch Taj Mahal to tackle bigger projects with The Rolling Stones, film composition, and Eric Clapton. Hitting a low point during the era of metal and disco Taj Mahal moved to Hawaii to continue his music ventures. He has stayed active all these years but mostly out of the limelight with occasional appearances in documentaries or helping to compose film scores. He performed live at the 2022 XPoNential Music Festival.