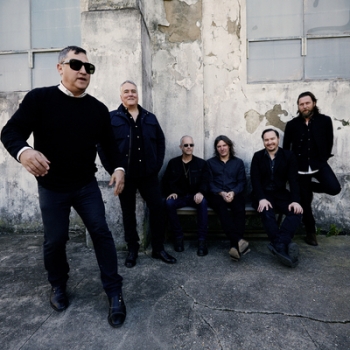 Where They’re From: Cincinnati, OH

Who They Are: Led by singer-songwriter Greg Dulli, The Afghan Whigs earned a cult following in the late 80s and early 90s by inserting a love for Motown and R&B into the hazy droney grunge sweeping the American underground. Their music was heavy, but sensual, and Dulli’s lyric probed the darker side of the human psyche, dissecting collapsing relationships with self-depracating nuance on the critically-acclaimed 1993 outing Gentlemen and getting delightfully lost in the sexual revelry of New Orleans soul on 1965. Their live shows were the stuff of legend, packed to the gills with covers, extended band introductions, comedic riffing, and so much Maker’s Mark. The band went on hiatus at the turn of millennium so Dulli could pursue his band The Twilight Singers, as well as solo recordings and film projects, but they reconvened in the 2010s to release new music on their original label, Sub Pop Records, including the stellar Do To The Beast. Fun fact: XPN afternoon host Dan Reed makes a cameo in their music video for a cover of The Supremes’ “Come See About Me.”